Search and mating: the effect of the Internet on marriage rates 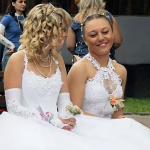 Internet facilitates searching tremendously. This should not only be true when you shop online for books or software, but also when you are look for a partner. A new IZA discussion paper by Andriana Bellou examines the effects of Internet diffusion in the United States since the 1990s on marriage rates. By now, dating platforms are the second most popular venue of meeting a partner, especially among young people. Among couples that met in 1994-1998, 3.9% report having met online for the first time. Interestingly, this number has risen to 11% and 20% for couples that met between 1999-2003 and 2004-2006 respectively. Beyond these mere correlations, the author uses the geographic variation in the adoption of broadband Internet to show that there is a causal relationship between Internet diffusion and marriage rates. The estimates suggest that the increase in broadband access has contributed to higher marriage rates by roughly 13%-30% relative to what they might have been in the absence of this technology. Moreover, the results suggest that Internet has repelled other traditional meeting venues, such as through family and friends. Last, the author provides some suggestive evidence that Internet availability even reduces the probability of getting separated or divorced.

IZA Discussion Paper No. 7316 The Impact of Internet Diffusion on Marriage Rates: Evidence from the Broadband Market Andriana Bellou