The effect of linguistic proximity on immigrants’ labor market performance 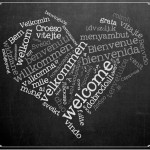 With the current increase of global mobility, immigration policy has jumped to the forefront of the political agenda. Immigration can play a central role in boosting economic growth and demographic sustainability of a destination country, but it is often feared as a potential burden to the welfare system and as a strain on social cohesion.

The key to this debate requires an understanding of what makes immigrants successful. Decades of research on immigrant assimilation have isolated a few basic traits that define immigration policies around the world. Linguistic fluency stands up as a major player in immigrants’ social and economic integration.

The analysis of its impact on immigrant outcomes should be of particular interest for countries that have based their immigration policies on attracting high skilled immigrants, and for those contemplating such policies in the near future (see OECD. “Who should be admitted as a labour migrant?”, Migration Policy Debates 4, 2014)

Combining information from the Canadian Census (1991-2006) with measures of linguistic proximity and the skills required in a broad range of occupations, a new IZA Discussion Paper by Alicia Adserà and Ana Ferrer assesses whether the wages and skills required for jobs that immigrants hold are influenced by the linguistic proximity between the languages of the source and host countries.

Of particular interest is whether linguistic proximity matters more for obtaining and/or moving to jobs that require specific social or communication job-skills, rather than for jobs requiring specific analytical or strength skills. These are the key results:

According to the human capital model, this could be due to lack of improvement in language skills over time – for instance, if ethnic enclaves limit economic opportunities and learning. Early intervention in language integration policies could be most beneficial for economic integration.

However, it is also possible that there are systematic barriers that limit integration, which can be (or not) related to language proficiency. This could be the case if, as noted in related research, immigrants arriving as adults may never reach the level of proficiency required to access certain types of high level jobs or there is discrimination.

IZA Discussion Paper No. 9499 The Effect of Linguistic Proximity on the Occupational Assimilation of Immigrant Men in Canada Alicia Adsera, Ana Ferrer Migration Policy Debates, OECD, No 4, Dec 2014 Who should be admitted as a labour migrant? OECD