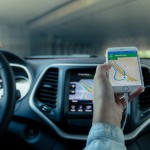 As the emergence of traffic jams is a complex matter with many potential causes, forecasting traffic jams is a methodologically demanding task. In a new IZA Discussion paper, Nikos Askitas proposes an elegant and parsimonious way to capture expected road congestion before it appears. He utilizes the fact that car drivers tend to inform themselves via internet search about pre-existing traffic conditions, thereby revealing their planned itineraries in advance.

In a nutshell, the Google searches at 7:00hrs and 16:00hrs predict how bad things will be at the peak of badness at 9:00hrs and 18:00hrs, respectively, netting out fluctuations by time of day and day of week. Geographic information incorporated into Google searches, such as specific highway numbers and regions, provides further information for a higher quality of forecasting.