The state of European integration: What labor market experts think 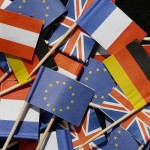 Recent developments challenge the idea of free mobility in Europe. The rise in Euroskepticism, the perceived threat of welfare migration or the vote of the Swiss people to reintroduce immigration quotas indicate a degeneration of the European ideals. In light of these concerns, leading labor economists have recently joined forces in calling for an EU Charter that serves as a joint commitment to Working Without Borders.

How serious are these concerns? In a new IZA Discussion Paper, Annabelle Krause, Ulf Rinne and Klaus F. Zimmermann find that labor market experts are worried about the state of European labor market integration, too. Although the experts are generally convinced of the merits arising from free labor mobility in Europe, the survey results point at several reasons why these benefits have not yet fully materialized – and why the public has difficulties perceiving them.

For example, the majority of experts are satisfied with the European Union, but a sizable 30% are disappointed. While about two-thirds of the respondents agree that a Single European Labor Market is important for achieving larger economic welfare, the majority thinks that Europe has not yet achieved this goal. Increased labor mobility is crucial to achieving this goal. The rapid recognition of qualifications, the harmonization of social security systems, and the knowledge of several languages are named as the three most important factors to increase labor mobility in Europe. Finally, most experts share a rather pessimistic view regarding the impacts of the Great Recession: They believe that the crisis-induced economic divergence between European countries is a long-lasting phenomenon.

These are some important findings of the IZA Expert Opinion Survey 2014 on the Single European Labor Market conducted earlier this year. The online survey was disseminated among the 700 European members of IZA’s network, which is the largest network of labor economists worldwide comprising more than 1,300 experts from 50 countries.