The twofold effect of technical progress on retirement 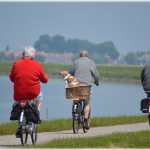 Even though life expectancy is rising in most OECD countries, participation rates for older workers remain low. The fact that a non-negligible fraction of individuals exit the labor force well before retirement age has grave economic consequences, as it influences the economic dependency ratio of a country, that is, the ratio of retirees and unemployed over the employed.

The researchers use US data from the Health and Retirement Study (HRS), a survey that follows about 37,000 adult individuals for 10 biennial waves between 1992 and 2010 and provides retrospective information on their job history. They merge this with individual data from US World KLEMS, a database that provides information on output, inputs and productivity at a detailed industry level. That way the authors are able to associate each individual with the technical change he or she must have faced during the period of observation. After the combination of these two datasets, Burlon and Vilalta-Bufí calculate how technical change affects the probability to retire early and compare the results to those obtained with other measures of technical change.

Probability of early retirement changes with degree of technical change

Overall, the study thus reports a U-shaped relation between technical change and the probability of early retirement (see figure below). To verify their findings, the authors also performed various robustness checks and were able to exclude alternative explanatory factors. 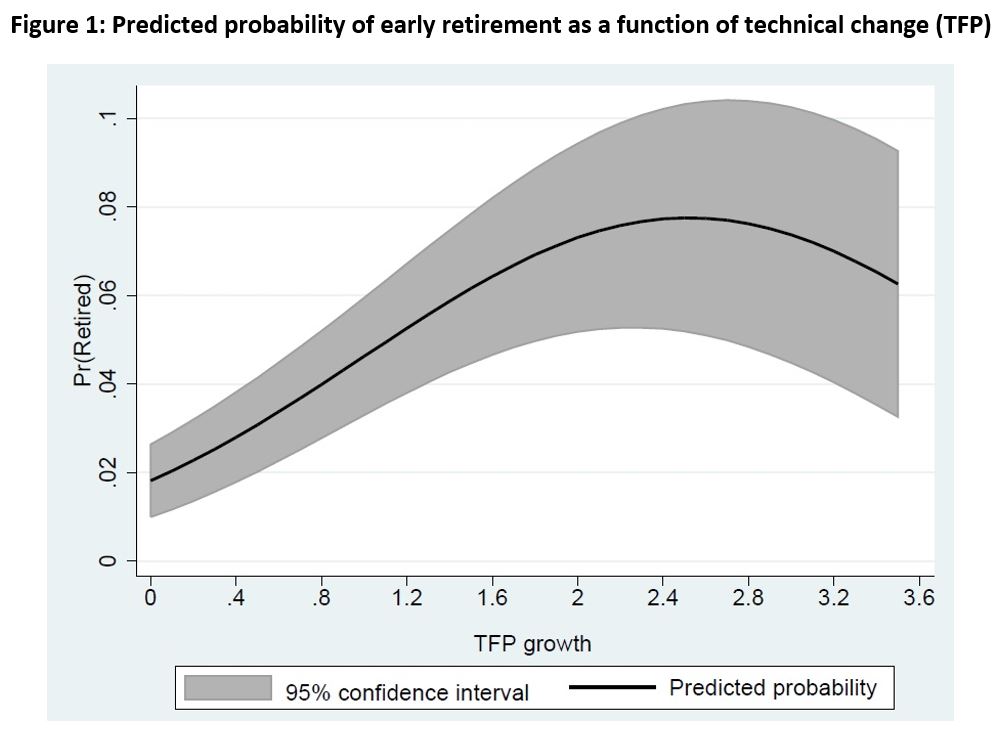 The findings by Burlon and Vilalta-Bufí suggest that the higher the technical change, the more willing the elderly are to retrain, an insight which should be taken into account by policy makers. In the context of an aging society, the authors propose that policies should aim at delaying retirement and stimulate the participation of the elderly to the labor force.

For example, an increase in workers’ working horizon can stimulate the elderly’s labor force participation. Particularly in sectors with larger technical change, individuals are more inclined to take up training programs and delay retirement, so that training policies for the elderly become more effective.