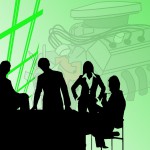 The rising prevalence of unpaid internships as a gateway to highly competitive careers in law, politics, creative industries, media and publishing, and the sciences, has raised concerns about diminishing social mobility, and raised questions about whether and how interns benefit from the experience.

A recent IZA Discussion Paper by Angus Holford (University of Essex & IZA) uses the Destination of Leavers from Higher Education (DLHE) survey on graduates from English and Welsh universities between 2005 and 2011 to study the returns to taking an unpaid internship six months after graduating from a first degree, on labor market outcomes a further three years later. He compares interns with individuals who went straight into paid work, into further study, or something else, by pairing them each one with a ‘matched’ individual, according to their demographic characteristics and their reported motivations for taking the job or internship they are in.

Holford also analyzes access to and returns from unpaid internships by demographic characteristics. His findings suggest that there are both advantaged and disadvantaged groups (in terms of expected labor market outcomes after university) who are more likely to be taking an internship. Among the former group are those with parents in professional or managerial jobs, those who went to private schools or ‘elite’ universities, and those graduating with a first or upper second class degree. Among the latter group are Black and ethnic minority graduates, those with disabilities, and from areas with a higher unemployment rate.

The study also finds the negative returns to taking an internship to be significantly smaller for graduates who were privately schooled or with parents in professional occupations. This suggests a segregated market in which the social and financial capital that graduates from higher socio-economic backgrounds can access gives them an advantage in accessing the ‘good’ internships, with a relatively high labor market return.

Holford argues for improving access to and reducing the opportunity cost for students with low socio-economic status of taking relevant experience for ambitious careers during undergraduate degrees, and improving provision of information to students and early graduates about the likelihood of different outcomes from internships in key fields.