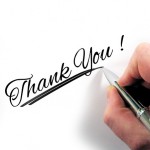 Good bosses know that recognition and words of appreciation are key tools to motivate employes and increase productivity. But what is the most effective way? Is it better to praise all employees, or just the top performers? A new IZA Discussion Paper suggests that the happy medium may be the best choice.

For their study, Christiane Bradler, Robert Dur, Susanne Neckermann and Arjan Non conducted a field experiment with more than 300 students to investigate how exclusive or inclusive recognition optimally should be. The participants were paid 25 euros for a three-hour task of entering survey results into a database. Eight of them shared a room, but they all worked independently.

After two hours of work, thank-you cards were unexpectedly given out – either to all eight students, or to the top three performers, or only to the single most productive worker so far. This surprise recognition had no material value but clearly showed appreciation of the work effort.

Compared to a control group, all treated increased their productivity by an average of at least 5 percent for the remaining hour. If all eight students received a thank-you card, they subsequently performed 5.2 percent better. If only the most productive worker was picked out, average effort in the group rose by 5.6 percent. The best outcome was found in groups with three recognized workers, where overall performance increased by 7.3 percent.

Most strikingly, this increase in work effort is driven by those who did not receive a card. Even though they were made aware that there was no chance to receive a card later if they worked harder, their performance improved by more than 10 percent. In contrast, those who received a card raised their effort by only 3.3 percent.

According to the authors of the study, these results can be largely explained with a desire for conformity: Upon learning that one does not belong to the best three performers in a group of eight, non-recipients apparently feel inclined to improve performance so as to adhere to the apparent group norm. But reciprocity also seems to plays a role. This would explain why recipients of recognition in treatments with scarce recognition did not reduce their performance.

In conclusion, the authors suggest that recognition is a cost-effective tool to stimulate performance in a workplace setting, and that exclusivity may motivate relatively poor performers to catch up. However, if recognition becomes too scarce, its effectiveness diminishes. The optimal level, of course, depends on the organizational setting – particularly whether or not it is desirable from a management point of view to provide information to employees about the work norm prevalent in the group.