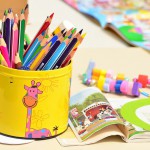 All parents are faced with the difficult decision of how to organize childcare. Parents preferring to return to the labor market early after childbirth usually rely on formal daycare or give the children to the grandparents. Others are convinced that only maternal care is best for their kids’ development. Beyond the labor market aspects of these decisions, however, what kinds of effects do these different options have on the emotional and mental well-being of both the caregivers and the children?

Three recently published IZA Discussion Papers have scrutinized these options and suggest policy solutions that might alleviate some potential pitfalls.

With life expectancy increasing, grandparental caretaking is a common and cheap alternative to formal childcare. While parents are happy to know their children are in safe and familiar hands, grandparents might not necessarily share that joy. IZA Discussion Paper No. 10022 by University of Padova researchers Giorgio Brunello and Lorenzo Rocco reveals that grandparents are more likely to develop depressive symptoms when they have to take care of their grandchildren.

The authors analyzed data from the SHARE survey, a cross-national European data set containing the information of 25,000 Europeans over the age of 50. From the analysis of interview results, they show that 10 additional hours of childcare per month increases the probability of developing depressive symptoms by 4 to 4.3 percentage points. The susceptibility to depression is larger for grandfathers, where the probability ranges between 5.4 to 5.9 percentage points, than it is for grandmothers (3.0 to 3.2 percentage points).

Brunello and Rocco explain that those grandparents with little willingness to devote their time for taking care of their grandchildren are more likely to suffer negative effects. This is particularly the case for grandfathers from Italy, Poland, and Spain, where the traditional division of gender roles makes grandfathers less used to taking care of children than grandmothers.

Instead of relying on grandparents, some mothers are convinced that only their own personal contact is best for their children’s development. In the United States, intensive mothering continues to dominate the cultural framework. While a large body of research has found that under the right circumstances intensive mothering is beneficial for children, few studies have investigated how mothers themselves are affected.

J. Ignacio Gimenez-Nadal (Universidad Zaragoza) and Almudena Sevilla (QMUL & IZA) sought to fill this research gap and studied the impact of intensive mothering on the well-being of American women. The Spanish researchers wanted to understand the emotions experienced during mothering and find out how these emotions vary by maternal educational attainment and the type of child care activity mothers engage in.

The results, published in the IZA DP No. 10023, show that higher educated mothers report lower happiness and meaning as well as higher levels of fatigue when engaging in mothering activities than less-educated mothers. The gap in well-being does not depend on the type of child care activity and suggests that intensive mothering practices are more likely add pressure to the most educated women, who may subscribe to more time-intensive forms of mothering.

A third option for mothers is to rely on formal daycare. Enrollment rates in center-based daycare are soaring in countries with a developed labor market, and governments are trying to keep up with the increasing demand. However, the question of how formal daycare affects children’s development, especially if childcare is provided at a young age, has not yet been clearly answered in the academic literature.

IZA DP No. 9756 by University of Bologna researchers Margherita Fort, Andrea Ichino and Giulio Zanella takes up this topic by examining how daycare at age 0–2 affected children’s IQ at age 8–14.

The Italian research team analyzed data from the daycare system in Bologna and compared different groups of children, sorted according to the time spans they attended daycare. They found that one additional month in daycare reduces the children’s IQ by 0.5%. In addition, the negative effect of daycare on IQ is larger and more significant for girls than for boys.

These results – a novelty in the literature – can be explained by the fact that children in daycare experience less one-on-one interaction with adults, an important process known to promote a child’s cognitive development. These interactions should be particularly relevant for girls who, at this early age, are more mature than boys and thus more capable of benefiting from the cognitive stimuli generated by adult-child contacts.