Peer effects! Peer effects everywhere! Whether you are shopping, working, leaving the nest…

Does the social environment influence what individuals buy? Are mothers more likely to work when other women in the neighborhood have a job? Do young people choose to continue living with their parents because their friends also do? If so, how does this mechanism work? From an economic point of view, understanding the influence of peers on individual decision-making is important in several ways.

Social networks can have considerable impact on social programs like welfare, for example, when households live beyond their means or save less in order to keep up with the consumption of peers. From a policy perspective, understanding these network effects is relevant not only because of the particular effects of specific policies on the intended group, but also because often these effects span beyond the group that was originally targeted. 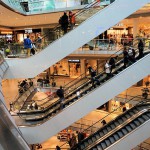 To advance the understanding of the social influence of peers on consumption, Giacomo De Giorgi (NY Fed), Anders Frederiksen (Aarhus University & IZA) and Luigi Pistaferri (Stanford University & IZA) analyze data on the consumption behavior of the entire Danish population, organized into various social network categories and at the household and firm level.

Their paper, published as IZA DP No. 9983, uses administrative data on income and assets and constructs reference groups made of co-workers sharing similar characteristics such as occupation or education. They then match this dataset with the results from a large Danish consumption survey covering three years from 1994 until 1996. Consumption is also divided into three categories: visible goods (cars, luxury goods, clothing, etc.), neutral goods (e.g., food at home) and non-visible goods (insurance, rent, etc.).

Keeping up with the Joneses

The researchers find statistically significant evidence for “intertemporal” effects of social influence on individual consumption, showing that many households “follow” the consumption choices of either the wife’s or the husband’s colleagues over time. The results are in line with the “Keeping up with the Joneses” model, in which individual utility depends on the current average consumption of one’s peers.

Interestingly, the social influence on consumption did not change significantly with regard to the type of goods that were consumed. Therefore, De Giorgi and his colleagues were able to reject the “conspicuous consumption” model, which argues that the peer effects on consumption are tilted towards very visible goods, such as jewelry, luxury cars, and restaurants.

From a policy perspective, these results highlight the importance of taking into account the degree of connectedness of the policy’s target group. Depending on how much these buying habits actually pressure others to do the same, the overall effects of specific policies might reach beyond the intended group, for example, when a tax increase for the rich also affects less wealthy households that “follow” the consumption of their richer peers. 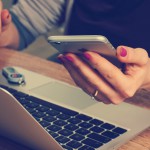 Their results reinforce the importance of neighborhood peer effects and the significance of cultural norms as drivers of economic decisions: Women appear to emulate the work behavior of nearby women with similar-age children. Adding one additional working peer to a woman’s adjacent neighbors increases her tendency to work by 4.5 percentage points, while adding a non-working peer reduces her tendency to work by 9 percentage points. For men, similar peer effects are mostly absent.

Read more about this topic in a previous IZA Newsroom Post. 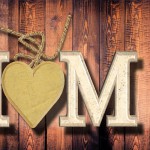 A third new paper, IZA DP No. 10070 by Efi Adamopoulou (Bank of Italy & IZA) and Ezgi Kaya (Cardiff University), finds that the behavior of peers also explains, to some extent, why young adults nowadays tend to continue living with their parents longer. The researchers show that young adults with friends who have already made the choice to leave their parents’ home are also more likely to do the same.

The study analyzes data from the National Longitudinal Study of Adolescent Health (Add Health) on a representative sample of adolescents in the U.S. who were followed until young adulthood. The analysis accounts for various demographic and socioeconomic characteristics of young adults as well as the local labor and housing market conditions. Using the differences in the timing of leaving parental home, the paper investigates the causal effect of “leaving the nest” on friends in the same peer group.

The authors find significant effects on the decision of young adults to remain or leave their parents’ home depending on the respective choices made by their friends. They also show that the similarity in the choices of adolescents and their friends to leave the nest is neither simply due to the fact that people select friends with similar behavior to their own, nor to shared common factors that might affect the living arrangements of the entire peer group.

Furthermore, other possible mechanisms, such as the complementarities between friends that move out at the same time or the desire to maintain friendship ties, also fail to explain the main reason driving this peer influence. Rather, the authors conclude that the reduced stigma of living with parents during young adulthood, or simply imitation among friends, may lie behind these peers’ similar behavior.

This is relevant for debates over evaluating policies that are intended to boost youth independence or mobility. Almost five years after the end of the Great Recession in the U.S., even though labor market conditions have greatly recovered, the proportion of young adults living with their parents remains high. Moreover, in the “millennial” age group aged 20-24, who experienced the recession right at the beginning of their careers, it continues to increase. The new findings by Adamopoulou and Kaya suggest that in the presence of positive peer effects, the increasing trend may persist regardless of the labor and housing market conditions.