Where does the gender gap in economics enrolment arise? 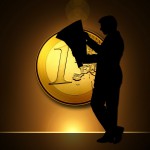 Although women account for 57% of all students at UK universities, the share of female economics students is only about 27%. In a new IZA paper, Mirco Tonin and Jackie Wahba use rich data on university applications to explore the reasons behind the big gender gap in economics enrolment. They also explain why it would be in the interest of society to close this gap.

Economists generally have an influential role in policy making, directly or as academics, consultants or policy analysts. The gender of those making policies matters because males and females tend to have different policy preferences. Also, since economics is one of the subjects associated with relatively high average earnings, lower enrolment by females is a contributing factor behind the gender pay gap.

The study finds no indication that universities discriminate against females when making their offers. As the acceptance rate does not differ between males and females, the enrolment gap is entirely due to low application rates: Only 1.2% of females apply to economics, as opposed to 3.8% of males. An important limiting factor (though not the whole story) seems to be the gender gap in math. Among those who enroll at university, math is an A level subject for 19% of males, but only 10% of females.

There is evidence that this gap in math is cultural rather than “biological”, as the gap disappears in more gender-equal societies. Thus, a policy aimed at reducing the gap in math could be very effective. In particular, it could start a positive loop, with an improvement in the participation of girls to educational paths leading to positions of influence generating more equality in society, again encouraging girls to seek educational paths leading to positions of influence, and so on.