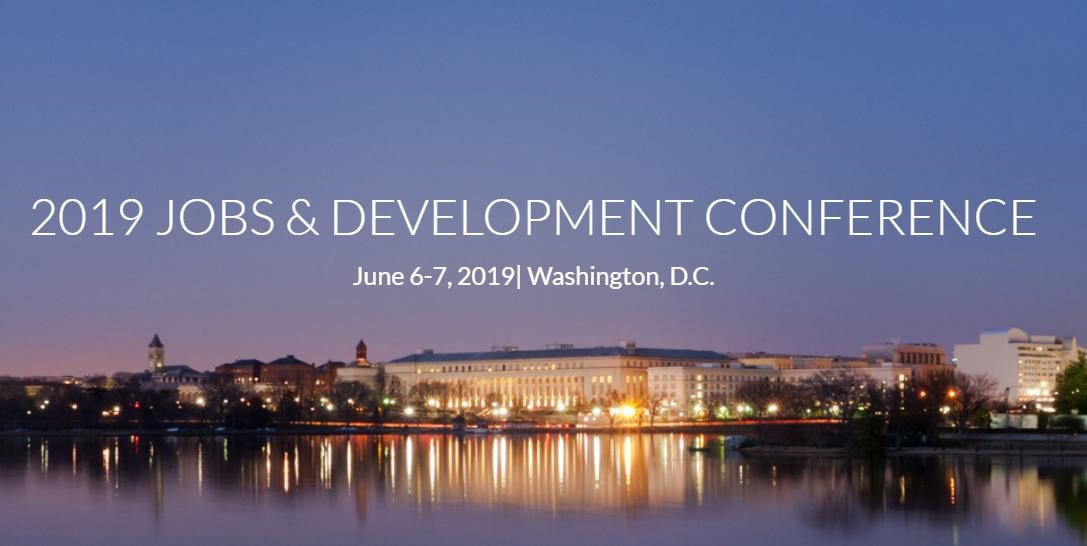 The global economy faces massive transitions due to automation and the “Fourth Industrial Revolution.” Mobilizing investment to create better jobs and improve access for disadvantaged groups has never been more important – especially in developing countries.

Focused on Improving Jobs Outcomes in Developing Countries, the third edition of the Jobs and Development Conference was at World Bank headquarters in Washington, DC on June 6-7, 2019. It was organized by IZA together with the World Bank and the five partner institutions of the Network on Jobs and Development.

“This conference opened space for policymakers and labor economists to exchange ideas about what works for improving jobs outcomes and how developing countries are shaping up to tackle the future of work agenda,” said co-organizer Gary Fields (Cornell University and IZA).

The conference, attended by more than 100 registrants as well as by delegates from Washington-based institutions, kicked off with a policymakers’ panel, where Prakash Loungani (IMF), Indhira Santos (World Bank), Steven Ayres (DFID), and Kunal Sen (UNU-WIDER) discussed how to improve the design of labor market institutions in developing countries to accelerate the growth of good jobs and promote universal access to social protection; how to improve jobs outcomes for women; and ways to transform agriculture to generate better jobs in Africa.

Keynote speeches from MIT’s Daron Acemoglu and Harvard’s Ricardo Hausmann made the case for paradigm shifts in how we think about economic growth, jobs, productivity, wages, and the future of work – both in developed and developing countries.

Automation and the future of work 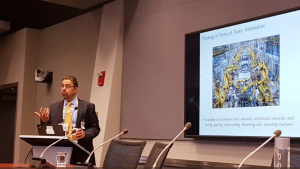 Acemoglu emphasized how automation is transforming the nature of work. Repetitive tasks previously performed by humans can now be automated. Contrary to what many pessimists have predicted, that isn’t making work redundant. Instead, other new tasks are being created, where humans have a comparative advantage. According to Acemoglu, the real threat to labor does not come from brilliant new technologies, but from “so-so” technologies that are “just good enough to be adopted but not so much more productive than the labor they are replacing” (read more in a recent IZA Newsroom article). 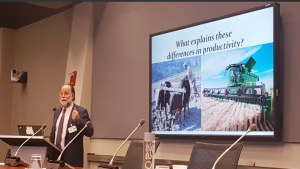 Hausmann highlighted how complex combinations of inputs lie at the heart of productivity and income growth. The problem is that “you run out of some inputs before others.” Hausmann laid out an extended metaphor of “Development Scrabble” where letters equate to expertise (normally requiring both people and tools); and words equate to the innovations that result from new combinations of letters. As a country or region assembles more letters, the possible combinations grow exponentially. Seen this way, development is a process of increasing complexity.

Parallel sessions included another sixty-five papers. Fifteen presentations were organized by the partner institutions, while fifty papers were chosen from more than 200 submissions in response to the Call for Papers. The program included researchers from more than twenty countries. Annual Jobs and Development Conferences are planned for the next five years in countries around the world.