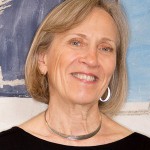 The 2016 IZA Prize in Labor Economics goes to Claudia Goldin, the Henry Lee Professor of Economics at Harvard University. Professor Goldin has been awarded the IZA Prize for her career-long work on the economic history of women in education and the labor market.

The award ceremony at which the Prize will be conferred formally will be held during the annual meeting of the Allied Social Science Associations in Chicago, IL, USA on January 6, 2017.

The decision on awarding the Prize was made by the IZA Prize Committee, which consists of six distinguished economists, five of whom are previous Awardees.

Read more about Claudia Goldin, her impressive vita, her “detective work” as an economic historian and labor economist, and her insights on the gender gap:

[more about the IZA Prize]