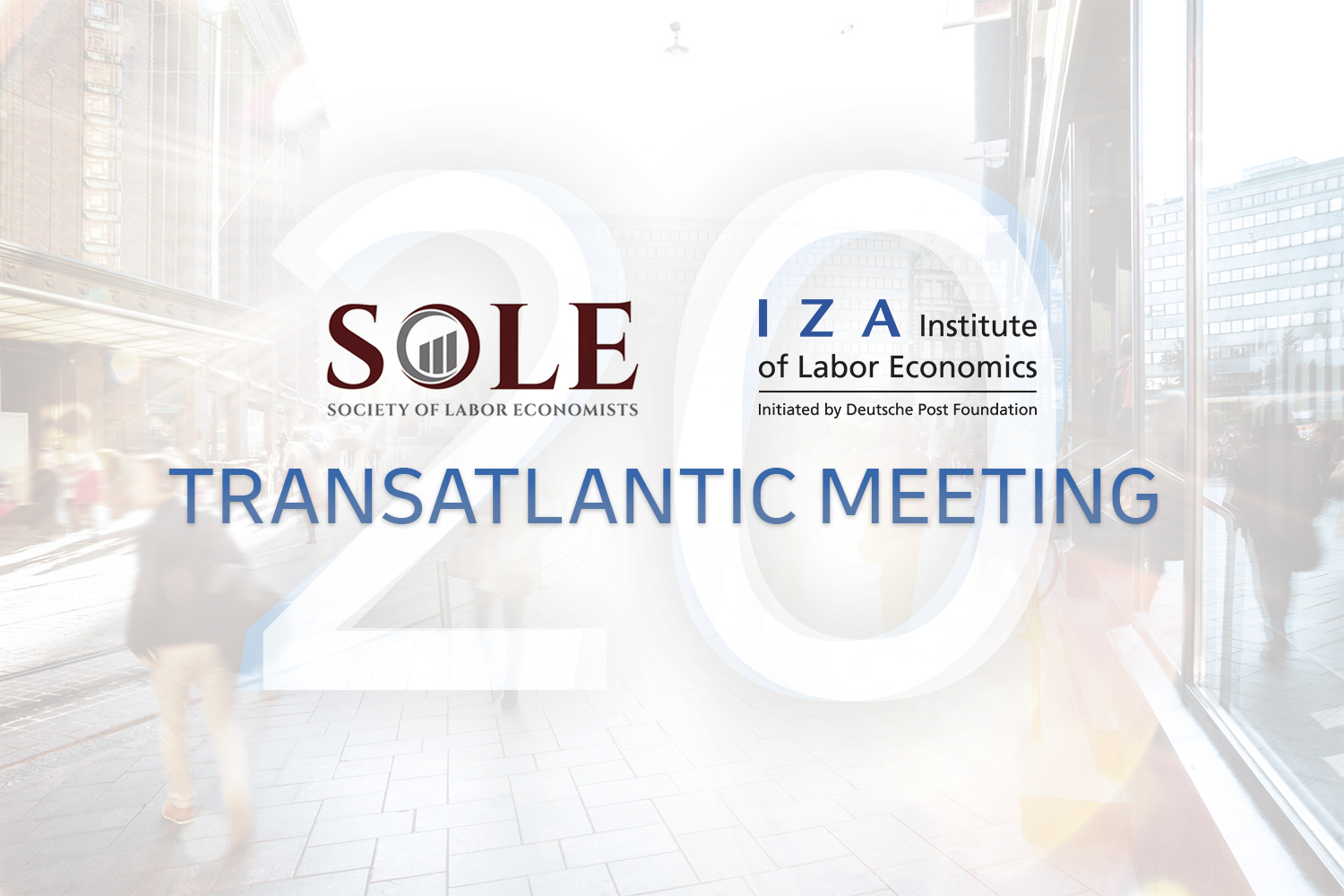 Organized by Gerard A. Pfann and Terry Gregory, the 20th edition of the IZA/SOLE Transatlantic Meeting of Labor Economists (TAM) was held in a virtual format. The event traditionally brings together researchers from the IZA network and from the U.S.-based Society of Labor Economics (SOLE) to discuss cutting-edge research in the field of labor economics.

In light of the 20th anniversary, the president of SOLE (Kevin Lang) as well as the TAM originators (Gerard Pfann and Daniel Hamermesh) together with two presenters at the first meeting (Petra E. Todd and Coen Teulings) accepted invitations to present papers to celebrate the occasion. Among others, invited labor economists from both sides of the Atlantic exchanged research on fundamental changes on the labor market due to rapid technological progress, minimum wage policies and forces behind the gender pay gap.

The conference started with a presentation by Jeanne Tschopp, who addressed the rise in wage inequality observed between firms in many developed countries. She provided evidence on Germany speaking in favor of task-biased technological change in driving this trend. Accordingly, progress in automation and digitization technologies substitutes for workers in occupations that are intensive in routine, easily codifiable tasks. While other studies have shown this to widen the wage gap between workers in different task groups, Tschopp pointed out that rising wage inequality is also driven by increased wage differentials within tasks across firms. In other words, the type of firm to which individuals are matched is crucial: “Routine workers employed in low-productivity firms lose out not only relative to abstract workers in these firms, but also relative to routine workers in high-productivity ones,” Tschopp concluded.

Returns to personality traits as drivers for gender pay gap

A further highlight of the conference was the keynote by Petra Todd on “Labor Market Returns to Personality.” She provided evidence for the impact of the so-called Big Five personality traits on labor market outcomes and related gender disparities using German data. She finds that women and men are rewarded differently for two traits, conscientiousness and agreeableness, which largely explains gender labor market disparities on the labor market. In her final statement, she concluded that “if women were to receive the same return that men receive for their personality traits, the wage gap would be eliminated.”

See the conference  program for the full set of presentations.