The impact of repealing “Obamacare” on children’s academic performance

By Michael A. Leeds (Temple University and IZA) 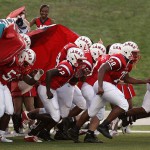 There are many reasons to feel relieved by the recent failure to overturn the Patient Protection and Affordable Care Act, better known as the ACA or “Obamacare.” While attention was rightly focused on the impact that repealing the ACA would have had on the poor, the sick, and the elderly, the repeal could have had severe consequences for another group that was not directly targeted by opponents of the ACA. The cognitive and non-cognitive development of America’s youth, even of boys and girls whose health coverage was not threatened by repeal of the ACA, could have been deeply harmed.

This risk was largely overlooked because it was an unintended consequence of the repeal-and-replace movement. Lost in the debate over Medicaid cuts was the impact such cuts would have had on public schools. Public schools are legally required to provide special education programs for the physically and mentally disabled, for which they rely heavily on Medicaid funding. If Medicaid appropriation levels fell significantly, schools would be forced either to increase their revenues through taxation—never a popular idea—or to cut spending elsewhere. School superintendents have stated that such cuts would likely have forced them to reduce such extracurricular activities as art, music, and athletics.

If extracurricular activities lead to greater educational attainment and better labor market outcomes later in life, such cuts might be short-sighted. Some claim, for example, that participation in sports (as well as other extracurriculars) generates greater cognitive skills—the ability to process information and reason, frequently measured by standardized tests. Others claim that athletic participation fosters greater non-cognitive skills. These are the “softer” abilities, such as self-confidence or self-discipline.

Research on whether athletic participation causes greater skill development is complicated by a number of factors, such as the precise skill being measured and the subset of the population (e.g. men or women) being studied. The most serious difficulty is what econometricians call “the endogeneity problem.” This states that, while it is clear that athletic participation and skills are correlated, it is not obvious which factor causes which.

The most successful approach to dealing with the endogeneity problem in this case has been to use panel data. Panel data follows a group of individuals over time, so that one can view their behavior before and after they undergo a treatment of some kind. In this case, it allows us to see how participation in sports—the “treatment” here—changes youths’ academic performance and behavior.

These studies provide clear evidence that participation in athletics increases cognitive and non-cognitive skills. Moreover, the impact of sports on skill development appears to be greatest among the very young. Elementary school-age children who participate in sports earn higher grades later on, suggesting that they have developed stronger cognitive skills. They also encounter fewer emotional problems, enjoy better physical health, and have a stronger sense of personal well-being, all of which indicate that sports inculcate stronger non-cognitive skills.

The attempts to replace the ACA could thus have consequences that go well beyond insurance markets and health care. If schools were forced to limit extracurricular activities to fulfill their mandates to provide services to children with special needs, they probably would have to cut back on activities that benefit children’s development. The defeat of the attempt to “repeal and replace” thus prevented even more harm than the ACA’s defenders had imagined.