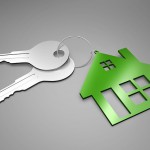 In the labor market, many workers became unemployed and the number of firm bankruptcies doubled. The literature shows that job displacement generates long-term losses in employment and wages, which are usually explained by losses in firm-specific human capital upon displacement and depreciation of general human capital when unemployed.

However, the focus on losses in human capital ignores the way displaced workers may compensate by using spatial adjustments such as changes in commuting patterns and household moves. In their new IZA Discussion Paper, Jordy Meekes and IZA Fellow Wolter H.J. Hassink (Utrecht University) examine the impact of job displacement on workers’ commuting distance and probability of moving to a different home.

In particular, they examine whether the displacement effects differ among tenants and different types of homeowners. The research of Meekes and Hassink is specifically relevant for policymakers seeking to limit the impact of negative employment shocks or improve workers’ housing situation through subsidizing home-ownership or stimulating mortgage debt.

Using Dutch administrative data, the researchers find significant displacement effects on employment, hourly wages, commuting distance and moving. Compared with non-displaced workers, workers who were displaced are about 20 percentage points less employed two years later. Moreover, the findings show that displaced workers, on average, experience a loss in hourly wages of about 6 percent, face an increase in the commuting distance of about three kilometers and have a 0.06 percentage point lower probability of moving.

Compared to the average, the increase in the commuting distance and the decrease in moving represent about a 20% and 14% change, respectively. Interestingly, the patterns of adjustment change over the worker’s post-displacement period – a longer time since job displacement is associated with a lower loss in employment, a smaller increase in commute, and a higher loss in hourly wage. The results suggest a remarkable pattern: workers who experience a longer time of unemployment after job displacement prefer a smaller increase in the commuting distance to a lower loss in hourly wages.

The second part of the study by Meekes and Hassink shows that workers’ housing situation is important for the effects of a job loss on employment, wages and the commuting distance. Compared to other displaced owners and tenants, displaced underwater home-owners (i.e., owners who have a mortgage higher than the property value of their home) experience a 6 percentage point lower loss in employment, but a 1 to 2 percentage point higher loss in wages. In addition, outright owners (i.e. owners who paid off their entire mortgage) experience the highest increase in the commuting distance.

The results therefore suggest that more leveraged workers have a stronger incentive to become employed. Meekes and Hassink argue that the geographic immobility of displaced homeowners (relative to tenants) and underwater owners (relative to other owners) does not seem to hinder post-displacement employment outcomes. In this regard, policies that subsidize home ownership or stimulate mortgage debt do not hamper displaced workers’ future labor market outcomes.

IZA Discussion Paper No. 10894 The Role of the Housing Market in Workers' Resilience to Job Displacement after Firm Bankruptcy Jordy Meekes, Wolter Hassink