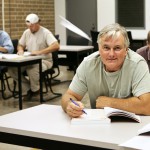 The fact that it has been difficult to document a consistent positive effect of the often huge public spending on activation of the unemployed does not imply that it is without consequences how unemployed individuals are spending their time and what they are being offered in terms of programs.

A new IZA discussion paper shows that Active Labor Market Policy (ALMP) in Denmark has reduced crime. The aggregate employment effects of ALMP in Denmark are generally believed to have been slim, but apparently there have been other positive effects to society: By studying welfare-policy changes, the authors find that more activation – mainly in the form of “workfare” – for the young unemployed resulted in a strong decline in the crime rate among the treated unemployed.

Moreover, the criminal activity was reduced in general, also during weekends, when the activation programs were closed, which indicated that the positive effect did not only come from “incapacitation”, i.e. the fact that young unemployed had less time to commit crimes because they had to participate in activation programs. These results imply a strong and potentially lasting crime-reducing effect of workfare and ALMP.