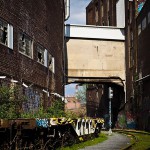 Recent research suggests that workers living in places with a heavy manufacturing presence in the U.S. have experienced both a decline in wages and a deterioration of employment prospects due to increased imports from China. While social assistance and trade adjustment programs at the federal level did kick in, they did not make up for the adverse labor market outcomes in these areas. As a result, workers in the manufacturing sector, but also in non-manufacturing sectors which do not face direct competition from China, have experienced a decline in incomes.

Local governments may play an important role in this context both by mitigating risk through welfare spending and by investing in public services, such as high quality education and infrastructure, to ensure the competitiveness of workers and firms. The problem is that funding for these public services is highly localized in the U.S., with a heavy reliance on property and sales tax revenues. Therefore, a decline in the level of local economic activity and incomes in an area’s labor market depresses revenues and restricts the ability of local governments to fund services, precisely at a time when these expenditures may be needed the most.

To what extent are the local governments in the U.S. able to smooth out such trade-induced income shocks? A recent IZA paper by Johns Hopkins University researchers Leo Feler and Mine Z. Senses addresses this question by analyzing the effect of trade-induced income shocks on local government finances and the provision of local public services in the U.S. Their findings suggest that the adverse effects of trade on workers in the hardest hit localities extend beyond the labor market to include deteriorating public services – relatively lower local spending on public housing, welfare and public transport, higher crime rates in the communities and lower quality schools for children.

The paper documents that between 1990 and 2007, localities that experienced a relative decline in employment and incomes due to higher exposure to Chinese imports have also experienced a relative decline in business activity and house prices. The resulting decrease in local government revenues, mainly due to declining property and sales tax receipts, has translated into a decline in local government expenditures on almost all major budget items.

Specifically, a $1000 increase in Chinese imports per worker (equivalent to the difference between the top and bottom quartile localities in terms of exposure) resulted in a relative decline in per capita expenditures on public welfare by 7.7%, on public transport by 2.4%, on public housing by 6.8%, and on public education by 0.9%; public safety spending remained unchanged.

A decline in locally generated revenues results in a proportional decline in expenditures unless intergovernmental transfers compensate for the revenue loss. Within a federalist system like the U.S., it is possible that the state and/or the federal government could help equalize local per capita expenditures and public goods provision across localities through intergovernmental transfers.

The findings of the paper suggest, however, that state and federal governments have limited ability to smooth local shocks. Moreover, the state intergovernmental transfers can function as a mechanism to smooth local outcomes only when localities and the remaining areas of a state face different economic shocks. When both the locality and the remaining areas of a state experience negative economic shocks, or in other words, when shocks at the locality and the rest of state are highly correlated, then the negative effects on local revenues, expenditures, and outcomes can become compounded.

Local resources drying up exactly when public services are needed most

Precisely at a time when local resources for public services were declining or remaining constant in trade-affected localities, there was an increase in the demand for local public goods such as education, public safety, and public welfare in these areas. In their study, Feler and Senses document that expenditures on public safety remained constant at a time when local poverty and unemployment rates were rising. Given the documented association between worsening economic outcomes and higher crime rates, the consequence of this funding decision is an increase property crime rates in these areas relative to less exposed localities.

Similarly, a relative decline in education spending coincides with an increase in the demand for education as students respond to a deterioration in employment prospects for low-skilled workers by remaining in school longer. The result is a deterioration of public schools in trade-exposed localities.

Improving the response of local governments and their ability to provide local services and amenities will help mitigate or further amplify the effects of the initial negative economic shock on the locality. The areas that experience a decline in incomes may have greater difficulty in recovering from these shocks if they fail to provide high quality public services. Given an array of policies that makes it more difficult for workers, especially low-skilled workers, to migrate to more economically vibrant areas, the consequence would be greater disparity both in incomes and in the quality of essential public services across the U.S.

In tracing out how trade and income shocks can ultimately affect local public services, the results of this study constitute an important input to the design of welfare enhancing government policies to either equalize opportunities or reduce barriers to migration across localities.