The Great Recession has revived aggregate demand management policies. In particular, “automatic stabilizers” are praised since they are rule-based and thus operate swiftly 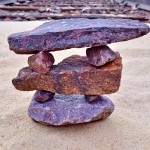 and symmetrically across the cycle. The idea is to temper the economy when it overheats and provide economic stimulus when the economy slumps, without direct intervention by policymakers.

Automatic stabilizers work through the tax and transfer system: If the economy is slowing down, with unemployment and short time work rising, an increasing number of households will be eligible for welfare instruments and income tax cuts. This opens the door for active fiscal policies using increases in benefits and tax reductions on a discretionary basis, thereby absorbing some of the negative effects of recessions on aggregate demand.

What sounds simple has been unpopular since the 1970s when experiments with such aggregate demand management policies led to dismal experiences. Instead, governments implemented structural labor market reforms, following advice to cut high participation taxes and unemployment benefits to increase work incentives in boom times.

As the size of participation taxes (earnings and income taxes) is key for a functioning automatic stabilizer, a new article recently published in the IZA Journal of European Labor Studies by Torben M. Andersen (University of Aarhus and IZA) analyzes the interplay between stabilizers and labor market reforms and whether stabilizers have been unintentionally weakened through these reforms.

Andersen points to the fact that ultimately labor market reforms aiming at strengthening the incentive structure always imply a trade-off between incentives and insurance/redistribution. He argues that advocates propagating automatic stabilizers neglect the increasing difficulty of reallocating workers across jobs. Still, he concludes that it is possible with well targeted labor market policies to strengthen automatic stabilizers without necessarily harming the underlying incentive structure for work and job search.

In the same issue of the IZA Journal of European Labor Studies, former EU Commissioner for Employment, Social Affairs and Inclusion László Andor (Hertie School of Governance) also picks up the issue of automatic stabilizers against the background of the recent crisis. He warns that without proper automatic stabilizers, a monetary union can only deliver sub-optimal results, and may not even be sustainable.

While propagating a common unemployment insurance with a partial pooling of unemployment benefit schemes as a model with continuous impact and direct connection with the citizens, he acknowledges difficulties in the political feasibility of an EMU reform encompassing more fairly distributed costs and benefits.