The effect of minimum wages on firm value 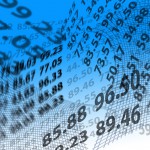 Ever since minimum wages were first introduced into labor markets, policy controversies have been fought out over the question of whether minimum wages cause companies to lay off employees and whether they impact on firm performance, for example by decreasing overall company profits. A so far under-researched area, however, has been the effect of the introduction or increase of a minimum wage on a firm’s stock market valuation.

In a new IZA Discussion Paper, Brian Bell (University of Oxford) and Stephen Machin (University College London) fill this gap by studying the impact of an amendment to the minimum wage law that was announced in the UK in July 2015.

When the UK Chancellor of the Exchequer revealed the introduction of the National Living Wage (NLW), a change to a band of the National Minimum Wage which significantly increases the minimum rate of pay for workers 25 years and older, political and economic observers were caught completely off guard, especially because the policy change was coming from a newly elected right of center government that has traditionally opposed increasing minimum wages.

The unanticipated nature of the announcement creates a unique advantage for Bell and Machin’s analysis because the sharp reaction of the stock market can be directly linked to the particular moment that the decision was announced. Earlier studies on stock market reactions have been unable to deliver such clear results primarily because the disclosure of changes in the minimum wage was always more gradually introduced to the public and less unexpected.

To understand how the stock market took the news, Bell and Machin compared the differential responses of lower-wage firms that employ a sizeable share of minimum wage workers (NMW firms), e.g., a retail firm, a pub group or a hospitality firm, with higher wage firms (non-NMW firms) whose employees’ wages are unlikely to be significantly affected by the change.

They looked at both the minute-by-minute changes surrounding the announcement and at cumulative abnormal returns in the days before and after the announcement. As the graph shows, the stock market value of the low wage firms most affected by the NLW introduction decreased significantly after the news had hit the markets, while the stocks of non-NMW companies quickly recovered after the initial shock.

Within a day of the budget speech, firm values were around 1.2 percent lower for the employers of mostly minimum wage labor and ended up stabilizing around 2 to 3 percent lower after five days.

Stock market losses are as high as the cost shock itself

What is interesting about these results is the magnitude of the stock market losses. In total, the decrease in firm value is consistent with the firms taking the entire burden of the additional wage cost as reduced profits in the short-run but over time managing to offset the costs in one way or another. Evidence from reports of the individual firms affected suggest this offset will most likely come via raising prices and improved efficiency. None of the firms affected mention reduced employment as a response.

Thus, the paper by Bell and Machin provides evidence of the damaging short-run effects that minimum wage announcements can have on the stock value of low-wage firms, an insight that previous studies on stock market responses to minimum wages in other settings were unable to provide.