Beware of moral hazard: Joint unemployment insurance for the EMU 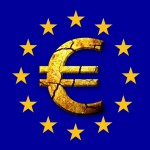 The ongoing crisis calls for better fiscal cooperation within the European Economic and Monetary Union (EMU). Beyond tax policy coordination, there is also a strong demand for shock-absorbing mechanisms that could replace the lost instrument of exchange rate adjustment. The introduction of an EMU-wide unemployment insurance mechanism is currently debated as a potential tool to stabilize output and employment in recessions.

Such insurance instruments naturally rely on heterogeneous developments of incurred risks. If insured countries were hit by a homogenous external shock, the system would be in trouble because all countries would need possible transfers for themselves. Although economic trends trend to converge between countries with extensive trade links, the recent crisis in the EMU showed that there would have been ample room to maneuver. At least in the recent past, a number of countries with relatively robust economies could have served as net contributors, which is the necessary condition for an insurance mechanism to work.

However, given that both EMU-wide unemployment insurance schemes are potentially vulnerable to moral hazard and manipulation, the design is of main interest. The existing proposals do not capture the main motivation of such a scheme in their design, which is to combat credit market constraints. Bank lending constraints, which led to high interest rates in the recent crisis, are a key argument for a transfer mechanism in the form of a transnational automatic stabilizer. Countries like Greece, Spain, Portugal and Ireland were unable to stabilize out-of-work income maintenance and support for the unemployed. Particularly in strong recessions, therefore, transnational unemployment insurance transfers would ease budget constraints in the hardest-hit countries.

A kicking-in scheme, linked to interest rate thresholds, captures these constraints. It would also reduce the risks of moral hazard and manipulation compared to a basic scheme. If policymakers actively tried to cross those threshold values in order to become entitled to transfers, this would be associated with the direct costs of higher interest payments, which makes manipulation less tempting. A further reduction of moral hazard could be achieved by linking transfers to structural reforms and other threshold values like the unemployment rate. Overall, this makes a kicking-in scheme appear superior to a basic scheme.