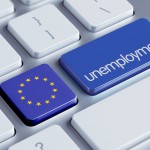 More substantial fiscal integration in Europe by way of a common unemployment insurance scheme for eurozone member states? This question is currently a subject of intense discussion. Would an automatic stabilizer like this necessarily turn Europe into a transfer union? A recent IZA Discussion Paper by Mathias Dolls, Clemens Fuest, Dirk Neumann, Andreas Peichl shows that a European Unemployment Insurance would have cushioned the impact of the recent crisis in the most embattled euro area member states. Germany would have been a net contributor in the period between 2000 and 2013 despite the rather weak economic situation at the turn of the millennium. In future crises, however, burden-sharing might take a different turn.

Does the euro area need an unemployment insurance that completely or partially replaces national systems? Opinions on that matter are divided in the areas of politics and academia. Proponents stress that a joint unemployment insurance would stabilize total demand in the participating countries in times of crisis. Objectors argue that a European insurance system would transform the eurozone into a transfer union. The new study examines how different models of a European unemployment insurance would have affected households in the 18 countries of the euro area between 2000 and 2013. This is the first micro-data simulation to address this research question.

The authors found evidence that an unemployment insurance scheme for the euro area that pays a rate of 50 percent of the recipient’s last income level for a duration of 12 months could have been implemented with a relatively small annual budget. Over the period from 2000 to 2013, the benefits paid “by Europe” would have amounted to about 49 billion euros per year. In the simulation, the budget of the scheme was financed by the eurozone members with a standard contribution rate of 1.57 per cent of income per employee.

Five out of 18 euro area countries considered in the study would have been net contributors or net recipients in each year of the simulation period. The largest net contributors would be Austria, Germany and the Netherlands with average annual net contributions of 0.2–0.42 per cent of gross domestic product (GDP). Spain and Latvia would be the largest net recipients with average annual net benefits of 0.53 and 0.33 per cent of GDP. Cross-country redistribution effects are limited, however, if benefits are strictly directed towards member states where the labor market situation is worsening. In such a scenario, not a single eurozone member state would have been a permanent net contributor. All in all, household incomes would have been stabilized, in particular at the beginning of the financial and economic crisis.