Consumption loans: Breaking the cycle of hunger in Zambia 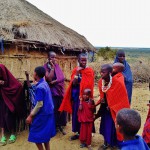 Small-scale farming remains the primary source of income for the vast majority of the rural population in Zambia, with typically low levels of productivity and farming income. During the hungry season (January to March), farmers who can’t get access to credit typically increase their off-farm labor supply as casual day laborers. This drives down wages and may even hurt future harvests as laborers are forced to neglect their own fields.

A research project supported by DFID under the GLM-LIC program, coordinated by IZA, looks at a potential way out of this dilemma: Providing consumption loans can help farmers invest in their own fields and possibly boost their productivity. In their study, Günther Fink, Kelsey Jack and Felix Masiye examined whether farmers would opt for a loan with reasonable interest as an alternative way to access food. In randomly selected villages in the eastern part of Zambia, farmers were offered up to three bags of maize flour during the hungry season (enough to cover the consumption needs of an average household over a three-month period). They were asked to repay in maize after the harvest.

The outcome was extremely positive. First, farmers wanted the loans: 95 percent of those offered the loan took it up. Second, farmers were able and willing to repay: among those who took out a loan, over 95 percent repaid in full. But most important, there were positive effects on consumption, the labor supply, and wages. Specifically, when compared to a randomly assigned control group, the farmers with loans missed almost 50 percent fewer meals and were forced to look for casual day labor 25 percent less often. Most remarkably, local wages increased substantially.