Do personality traits affect productivity? Evidence from the lab 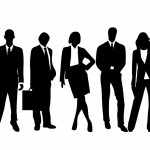 Individual differences in cognitive abilities measures such as IQ cannot fully explain the wage variation across workers, nor the intergenerational persistence of earnings and unemployment. That is probably why economists have recently focused their attention on analyzing how non-cognitive or “soft” skills such as self-control, motivation or perseverance might affect wages. Among these, personality traits have received special attention.

Psychologists were the first to study the so-called Five Factor Model of personality traits, or Big Five, as it is commonly known. According to physiologists, extraversion, neuroticism, conscientiousness, agreeableness and openness to experience can satisfactorily describe the combination of emotional, attitudinal, and behavioral characteristics unique to every individual.

While personality traits are to a large extent genetically inherited and hence can help to account for the intergenerational persistence of earnings, they are also somewhat malleable in adolescence and early adulthood and, thus, potentially more reactive to early policy interventions than cognitive skills.

Studies using U.S. and European data show that the Big Five personality traits seem to be indeed important factors in the determination of wages. They account for almost the same variation in earnings than cognitive skills. Moreover, personality traits vary by gender. For instance, women are consistently more neurotic and agreeable than men, both traits that have negative returns in the labor market. Thus, personality traits could also potentially help to explain the gender wage gap.

Despite the aforementioned survey data evidence on the link between personality and labor productivity, little is still known about the actual mechanisms behind it. Moreover, observational evidence might suffer from potential confounds. For example, personality traits could affect wages and employment status through other indirect channels such as prior schooling choices, job selection, bargaining skills or evaluation by supervisors.

In their latest IZA Discussion Paper, Ana Nuevo-Chiquero, Maria Cubel, Santiago Sanchez-Pages and Marian Vidal-Fernandez aim to tease out the factors behind the association between labor market outcomes and personality by means of a laboratory experiment. In this study, the authors take advantage of the controlled environment of the laboratory and the clearly defined task to reduce the risk of potential confounds.

More than 350 undergraduate students participated in their study in which they had to calculate as many five two-digit numbers sums as possible in 20 minutes. Students were rewarded for their correct answers and punished for the incorrect ones. Although not all jobs in real-life require knowing fast mental calculus, this task is mentally taxing, requires concentration and time management, all valuable qualities in the labor force.

Different effects for men and women

Consistent with survey evidence, the authors find that neuroticism decreases productivity while conscientiousness increases earnings. However, agreeableness shows only a very weak effect, suggesting that the negative relation between this trait and labor market outcomes found especially for women in previous survey studies might operate through other channels than productivity. The authors also find that extraversion and openness to experience have differential effects by gender and major of study (positive for men and science majors, but negative for women and non-science majors). Surprisingly, family background seems to play a minor role in the effects of personality.

The authors conclude that personality traits clearly affect individual productivity and that much more is to be learned and explored in the relationship between personality and economic outcomes. They also point out that a deeper understanding of the impact of personality on productivity can provide policy makers with a wider variety of instruments when designing policies aimed to improve the economic performance of disadvantaged groups and increase social mobility. This is particularly relevant for educational programs targeted to individuals after the age of 10, when cognitive skills are already mostly established but personality is still being formed.