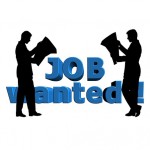 In response to soaring unemployment during the Great Recession, the French government introduced a hiring credit in December 2008. The program called zéro charges allowed firms with fewer than ten employees to hire workers at the minimum wage without paying any social security contributions. Wages up to 1.6 times the minimum wage were subject to reduced contributions.

In a new IZA Discussion Paper, Pierre Cahuc, Stéphane Carcillo and Thomas Le Barbanchon analyze the employment effects of this policy. Since the reform went into effect on the very day it was announced, the researchers set up a research design similar to a laboratory experiment: they define a treatment group consisting of firms with 6 to 9 employees, which was affected by the reform, and a control or placebo group consisting of firms with 10 to 14 employees. By comparing employment trends among treatment and control groups before and after the reform, the authors were able to identify the causal effect of the hiring credits.

The study finds that the hiring credit was very effective. It allowed the government to create jobs at zero net cost in a small amount of time. Within three months, hirings went up significantly. In the period before the reform, the treatment and control groups showed similar employment trends. In 2009, after the reform, employment decreased in the treatment group by only 0.9 percent while it dropped by 1.6 percent in the control group. Overall, the authors estimate that about 5,200 jobs were created within one year. The analysis also shows that the policy did not increase layoffs to hire new workers at lower costs.

However, the authors caution that their results were obtained in a very specific context. The program was targeted at low wages, which are very rigid in France due to binding collective agreements and a high minimum wage. Permanent hiring credits, or hiring credits not targeted at low wages, could have a much weaker employment impact. The authors also estimate that the program would have been even more effective if it had been conditional on net job creation.