Don’t doze off… Being tired might make you risky 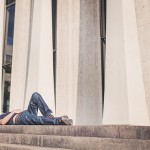 It is common sense that making important decisions after a night of poor sleep might be a bad idea. Marco Castillo, David L. Dickinson and Ragan Petrie put this notion to an experimental test. In a study published in the IZA series, they exploit differences in people’s circadian cycle. Individuals differ in what is called the “diurnal preference”: Some people are early risers or “morning types” while others are most alert in the evening.

The experimenters assigned individuals from both groups to sessions early in the morning or late at night, where they were asked to place tokens on more or less risky investments. The results indicate that being tired is associated with a higher willingness to take risks.

This experimental evidence is in line with real world observations, such as the increased likelihood of being involved in traffic accidents for individuals who are “off” their circadian cycle. The findings may also have important implications for businesses in the financial sector, where long working days with little sleep are common and go hand in hand with risky decisions involving large monetary stakes.