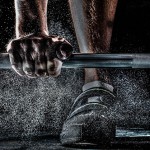 Many public policy campaigns aim at encouraging people to be more physically active. Sports and exercise enhance physical and mental health, as well as soft skills like self-discipline, endurance, stress management, and team work. All of this can also boost an individual’s productivity and earnings in the labor market. An IZA World of Labor article by Michael Lechner therefore suggests including sports in active labor market programs.

Why do sports? The economist’s view

From a theoretical perspective, there are several reasons why exercising is beneficial. First, sports is (usually) enjoyable and thus yields an immediate reward. Second, there is also an investment motive. Exercise leads to better fitness and an improved physical appearance. This is no only relevant in the labor market but also, for example, in the marriage market.

Since doing sports is time-consuming, the resulting welfare effects are ambiguous: If sports and exercise crowd out other “non-productive” activities such as watching TV soaps or playing computer games, overall productivity gets enhanced. However, if people give up educational activities or even work hours to play sports, reduced earnings might outweigh positive productivity effects. And if physical training is too intense, it may hurt concentration and effectiveness on the job. 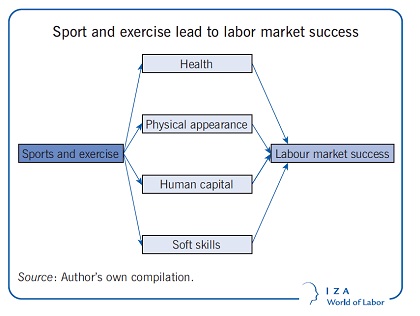 What does the literature say?

An experimental study for Sweden circumvents the problems of long-term impacts, positive selection, and measurement issues: 8,000 job applications were sent to employers, with information about different types of sports and exercise randomly added. The study showed that including a statement about being physically active increased call-back rates by two percentage points.

Using German panel data from the SOEP, researchers found that men who do sports at least once a week earn five percent more on average than men who do not. Women who were involved in sports at age 15 earn about six percent more later in life. Furthermore, a positive correlation between engaging in physical activity and moving from unemployment to employment for women with at least three years of work experience is established.

For other countries, similar results apply. The evidence for positive labor market effects of sports and exercise is strong, especially for earnings. Earnings effects range from about 4 to 17 percent.

It is apparent that increasing the general level of physical activity is very likely to boost productivity among employees at all levels. Governments may also want to include among their active labor market policies encouragement of sports and exercise for unemployed people whose productivity is comparably low and whose participation in these activities is below optimum, in order to increase the re-employment chances for this group.