Will There Be Blood? – Economic incentives increase blood donations without negative consequences 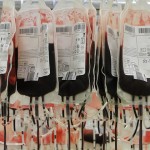 ns such as the World Health Organization and national blood agencies have for 40 years promoted policy guidelines that oppose the use of economic incentives to attract blood donors. In an article that appeared in the May 24, 2013, issue of Science, Nicola Lacetera (University of Toronto) and IZA Fellows Mario Macis (Johns Hopkins University) and Robert Slonim (University of Sydney) argue that such opposition should be reconsidered.

The authors state that the current guidelines are based in part on outdated evidence mainly from uncontrolled studies using non-random samples, and surveys and artificial scenarios using hypothetical questions. These studies typically have suggested that economic incentives can decrease intrinsic motivations to donate and may also attract blood donations with greater risks such as viruses and infectious diseases.

However, a large body of field-based evidence from large, representative samples on actual donations has recently emerged, and the results clearly refute the previous findings: economic rewards have a positive effect on donations, without negative consequences on the safety of the blood.

Lacetera, Macis and Slonim cite the work of other researchers, as well as their own extensive work in this area, one initially appearing as an IZA DP No. 4567, which examined incentives for actual blood donors in the United States, Argentina, Switzerland and Italy. Of the 19 incentive items examined by the field-based studies, 18 had a positive effect and only one (a free cholesterol test) had no effect.

The authors note that there are many differences between the earlier approaches and the new evidence, including that in the field studies donors do not feel scrutinized by the researcher and thus might be less concerned about their image and more excited about the rewards. Moreover, the past research often focused on getting paid cash to donate, whereas offering “gifts” such as t-shirts may be seen as a token of appreciation which can reinforce rather than undermine donors’ intrinsic motivation. Also, the rewards are typically provided for presenting at the blood drives, not for donating blood, which should reduce the risk that an ineligible donor might misrepresent health or other information.

The voluntary supply of blood is typically low, in wealthy countries and especially in the developing world, which raises the question of how best to address blood shortages when they occur. The Science article demonstrates that even small economic rewards can be a powerful tool to address shortages [read summary | obtain full text].