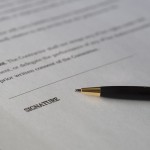 A large empirical literature supports the view that linking payment to performance is highly effective in raising productivity. However, often little attention is paid to how performance incentives are implemented in employment contracts. While most employers work with bonuses, some also arrange penalty contracts that set a base wage, part of which can be lost if performance targets are not reached.

Daniele Nosenzo (University of Nottingham, UK) illustrates in his new IZA World of Labor article why penalties may be more effective than bonuses in order to reach performance targets. However he stresses that working with penalties may include hidden costs and other pitfalls as well.

Objectively, both conditions are equivalent: in either case, the employee receives $30 if the target is met and $20 if it is not. However, the language used in the contracts differs: incentives were presented as rewards (“carrots”) in the bonus condition and as penalties (“sticks”) in the penalty condition. The results of the experiment are striking: Despite the economic equivalence of the two contracts, employees in the penalty condition were 17% more productive than those in the bonus condition. 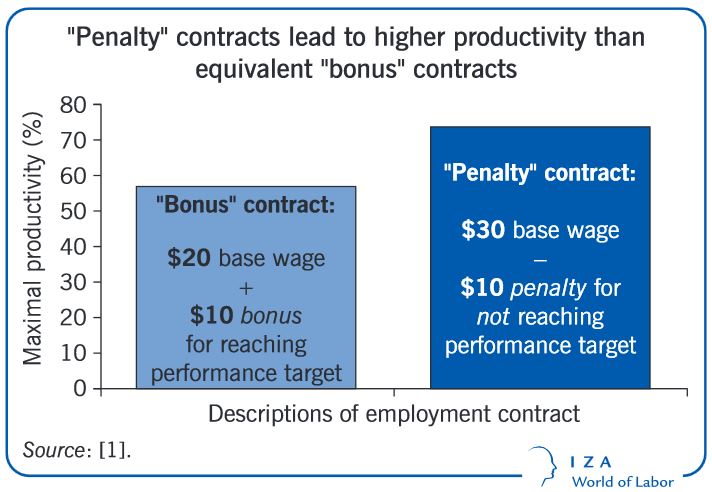 Studies undertaken in real companies have confirmed that employees can be motivated to work harder when pay-for-performance contracts emphasize negative consequences of performance failure (“penalty contracts”) rather than positive consequences of bonus contracts. This is because individuals tend to be loss averse, i.e., they are typically more sensitive to the pain of losing something that they already have, than to the joy of gaining something they do not have.

The hidden costs of penalty contracts

Following the concept of loss aversion, firms could reap productivity gains by simple language adjustments of their employment contracts, at no extra financial cost to the firms. However, Nosenzo also highlights that penalty contracts may entail hidden costs for the employer.

First, as employers usually do not like provisions that are framed in terms of losses they might demand higher payments from firms to accept such employment contracts. Second, penalty contracts may be perceived as being unfair and controlling and can damage the trust relationship between employer and employee. Workers could become less productive in areas not regulated by the contract and might even, as some evidence suggests, resort to cheating or corrupt behavior.

While such pitfalls might explain why penalty contracts are rarely used by most firms, Nosenzo stresses that more evidence is needed on the potential drawbacks of penalty contracts to improve our understanding of their costs. He recommends that firms should closely monitor employees’ levels of satisfaction and perceptions of fairness when using penalty contracts, in order to promptly identify any impairments of the trust environment that may potentially offset any productivity advantage.