Why the unemployed need human coaches right from the start 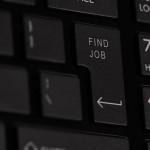 Electronic self-service platforms can help job-seekers find suitable vacancies and facilitate self-development. But the results of a recent research project by Bert Van Landeghem, Frank Cörvers and Andries de Grip presented in a new IZA Discussion Paper remind us that a “human touch” is crucial to get everybody on track, and to prevent some people from entering the vicious circle of long-term unemployment.

“Self-service” platforms have rapidly developed as a new low-cost way to offer counseling and information services to the unemployed in many countries. This has obviously many advantages for both clients and providers. Job seekers can browse through online vacancies with powerful search tools that help them match the skills listed in their online CV with the requirements for available jobs.

Saving at the wrong end

However, in times of austerity, governments see such tools as a way to economize on job coaches. They encourage people to do everything online and reduce face-to-face coaching for those who have just become unemployed, reserving more costly counseling for the long-term unemployed. Some people might however need some coaching to get on track, and there is a danger that mistakes or missing information in CVs are detected much too late. Finally, there is also a psychological side to it: some people will need human encouragement to get going after the disappointment of losing a job.

To investigate the importance of offering some kind of human coaching right after the start of the unemployment spell, Van Landeghem, Cörvers and de Grip implemented a test with a Public Employment Office in the Belgian region of Flanders. There, at least until recently, all unemployed between the age of 25 and 50 were invited to a mandatory collective information session.

Divided up in groups of up to 30 individuals, they received information about the activity of the employment office, training possibilities and employer subsidies. Next, the employment agency’s website with all its tools was explained, after which clients were invited to use a workstation and update their own online profile and preferences. At the end of the session, every client did a short one-on-one interview with one of the two present coaches.

In the end, the authors of the IZA paper were able to confirm the positive effects of early collective information sessions for the unemployed. In terms of room rental and staff costs they are relatively cheap, and looking at the benefits it is clear that these far outweigh the costs.

IZA Discussion Paper No. 9627 Is There a Rationale to Contact the Unemployed Right from the Start? Evidence from a Natural Field Experiment Bert van Landeghem, Frank Cörvers, Andries de Grip