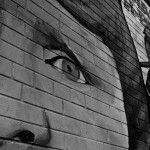 The signing of the Belfast Agreement on Good Friday 1998 is widely seen as the final act in the long process to bring peace to Northern Ireland. Although an era of violence ended on that day, Northern Ireland’s economy afterwards still lagged behind that of mainland Great Britain and inter-community tensions remained easily visible. Protestant and Catholic children, for example, were educated separately and a snake of “peace walls” physically divided the two communities in Belfast and other urban centers.

To overcome these problems the European Union brought the PEACE II project into being. Starting in 2000, approximately one billion euros were spent over six years on community-instigated projects with the aim of bringing communities together and reconciling past differences. Despite the huge outlay, however, official monitoring of the program’s success is, at best, lacking in transparency.

In a recent IZA Discussion Paper, Tilman Brück and Neil T. N. Ferguson fill this gap by exploring data on perceptions of latent neighborhood quality from the British Household Panel Survey. They focus on two questions: The first asks individuals whether or not they like the neighborhood in which they live. The second asks whether or not they would like to move house. This data is matched to a database of all 12,000 applications for PEACE II funding. It includes information on whether or not the application was successful, how much funding was given to each project and the location in which the project was expected to have impacts.

The results show that individuals in areas that received more funds exhibit higher perceptions of neighborhood quality than others, but that this relationship is not causal. Thus, spending appears to have reached only those communities that exhibited already elevated perceptions of quality but it does not otherwise play a role in determining individuals’ feelings about the neighborhood in which they live. This suggests that PEACE II did not necessarily reach the neighborhoods most in need of support, and that it is not associated with any longer-term improvements in the areas in which projects were funded.

A cursory glance at recent developments in Northern Ireland may suggest that such a finding is not entirely unexpected. Almost fifteen years after the program began, inter-community tensions remain prevalent and, whilst improving, economic performance still lags behind mainland Britain. Schooling remains segregated along religious lines and the number of peace walls has actually increased since PEACE II began.

While the targeted spending of peace-building interventions is unlikely to be an inherently bad thing, the outcomes of PEACE II suggest that how spending is targeted must be more carefully considered. The success of targeted spending requires policymakers to accurately determine the areas that will benefit most from intervention, as well as evaluating the quality of the interventions.