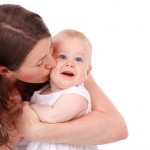 Paid maternity leave has become more and more popular over the past few decades as mothers have increasingly entered the workforce: the median number of weeks of paid leave to mothers in OECD countries rose from only 14 in 1980 to 42 in 2011. But what are the labor market effects of (longer) paid maternity leave? A new IZA Discussion Paper by Gordon B. Dahl, Katrine Vellesen Loken, Magne Mogstad and Kari Vea Salvanes answers this question by studying parents’ responses to a series of policy reforms in Norway, which expanded paid leave from 18 to 35 weeks without changing the length of job protection. The authors present four sets of results:

First, none of the reforms affected the length of unpaid leave. Each reform increased the amount of time spent at home by roughly the increased number of weeks allowed. Since income replacement was 100% for most women, the reforms did not affect family income.

Second, the expansions had little effect on a wide variety of outcomes, such as children’s school outcomes, parental earnings and labor market participation, fertility, marriage and divorce.

Third, the authors show that paid maternity leave has negative redistribution properties. Since unpaid leave did not respond to the reform, the extra leave benefits can be seen as a pure leisure transfer, financed by everyone and mostly taken up by middle and upper income families.

Fourth, the authors investigate the financial costs of the extensions in paid maternity leave. They find that the reforms had little impact on parents’ future tax payments and benefit receipt. As a result, the large increases in public spending on maternity leave imply a considerable increase in taxes.

Taken these four findings together, the authors conclude that the generous extensions to paid leave were costly, had no measurable effect on outcomes and exhibited poor redistribution properties. In a time of harsh budget realities, there seem few economic arguments in favor of extending paid maternity leave beyond baseline levels.