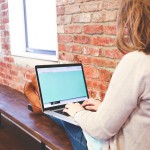 The rapid diffusion of the Internet, and in particular of high-speed, broadband Internet, has characterized the life-changing digital revolution that began around the turn of the twenty-first century. The profound social and economic implications of the spread of the Internet have been highlighted since its inception by social science scholars. More recently, researchers have also started to focus on the effect that the Internet has on family life. Scholars interested in family and fertility have long been focused on the importance of technological change.

Shifts in contraceptive technology, alongside the development of household appliances and medical advances, have been pointed to as some of the preconditions for the massive reproductive changes and the parallel large increases in women’s education and labor force participation that took place in high-income societies during the last period of the twentieth century. The discussion on low fertility, however, has not as of yet focused on the role of broader technological change and how it could shape the future of demographics, with the digital revolution epitomizing such technological change.

The authors exploit an instrumental variable approach devised by Falck et al. (2014) relying on unique historical and technological peculiarities of the public telephone infrastructure in Germany which affected the diffusion of DSL technology throughout the country. Using data from the German Socio-Economic Panel (2008-2012), they show that DSL access increases fertility of 25-45 year-old women and that these results are largely driven by highly educated women. The rise in fertility mostly reflects an increase in the probability of having more than one child.

Moreover, the researchers investigate the potential mechanisms underlying the relationship between Internet and fertility. Their results suggest that broadband may increase fertility by increasing the opportunities of working from home and/or working part-time. These effects may relax time constraints, especially among more educated women, thereby favoring the work-family balance. They conclude that broadband might introduce a “fertility digital divide,” allowing highly educated individuals to realize their fertility goals, while not improving the chances of low-educated individuals, who tend to be employed in less flexible occupations.