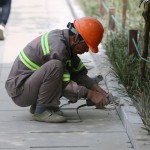 While there is a vast literature considering the labor market effects of immigration, less has been done to investigate how immigration affects the educational choices of young natives, especially in Europe.

A new IZA discussion paper by University of Padova researchers Giorgio Brunello, Elisabetta Lodigiani and Lorenzo Rocco looks at the impact of low-skilled immigration on the educational choices of young natives in Italy during the period 2006–2016. The case of Italy is interesting because the majority of immigrants originate from developing countries and are low-skilled. Also, immigration to Italy is a recent and rapidly growing phenomenon. During the period of interest, the average share of immigrants almost doubled, from 3.7 to 7 percent of the population.

The authors argue that one possible outcome of higher immigration is human capital polarization – or the contemporaneous increase in the share of natives with lower (less than high school and not in education) and higher education (enrolled in college or with a college degree). They document that polarization is not only a theoretical possibility but also an empirical fact. The evidence for Italy – stronger for males than for females – indicates that the recent inflow of low-skilled immigrants has increased the share of both lower educated and higher educated natives.

Reduction of the middle class

The findings indicate that immigration is another source of polarization, as much as globalization and technological progress. The economic literature so far has emphasized the latter but has almost overlooked the former. In the setup of the paper, the polarization of educational choices is privately optimal, but has unpalatable aggregate consequences, because it reduces social cohesion by reducing the size of the middle class. Importantly, the less privileged class is unlikely to consist only of immigrants. By pushing many natives out of school too early, low-skilled immigration is contributing to the expansion of a native underclass.

These results raise questions about what sort of immigration policy a country should select. On the one hand, attracting cheap unskilled labor from abroad can help support an industrial structure that relies more on the price of labor than on technological innovation. On the other hand, by delaying innovation and by reducing the human capital investments of many natives, this policy can have negative consequences on long-term productivity and international competitiveness and contribute to economic decline.