From pandemic shock into recession

Change in working hours shows evolution of the COVID-19 crisis 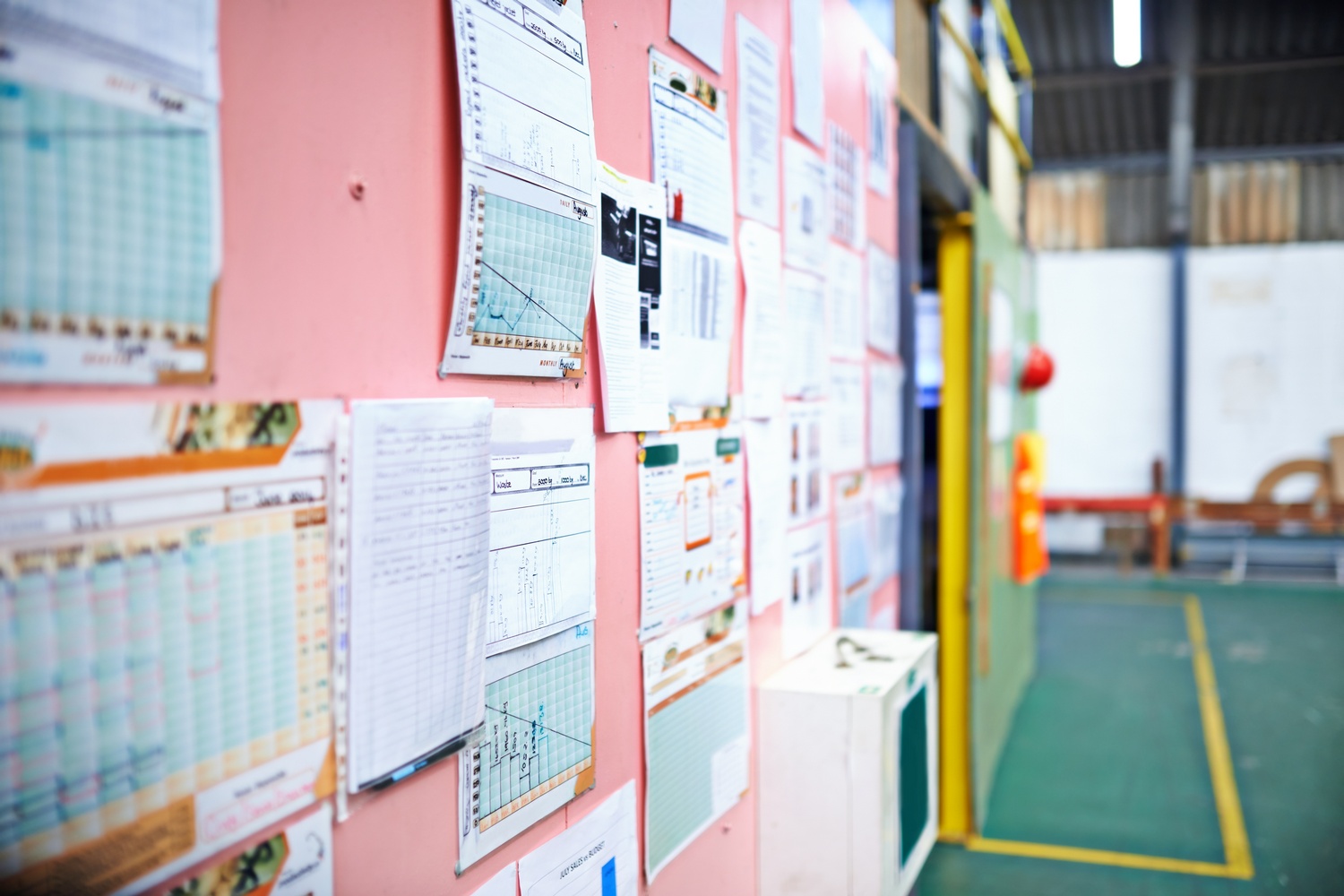 The pandemic-related restrictions on economic activity resulted in a massive reduction in working hours in March and April 2020. Only the key professions and those jobs that could be done from home were largely spared. Once the strict corona rules were relaxed, the sectors that were particularly affected recovered relatively quickly, while other sectors recorded a significant drop in hours. This is shown in a new study by economists from ECONtribute and IZA, based on detailed Dutch data. 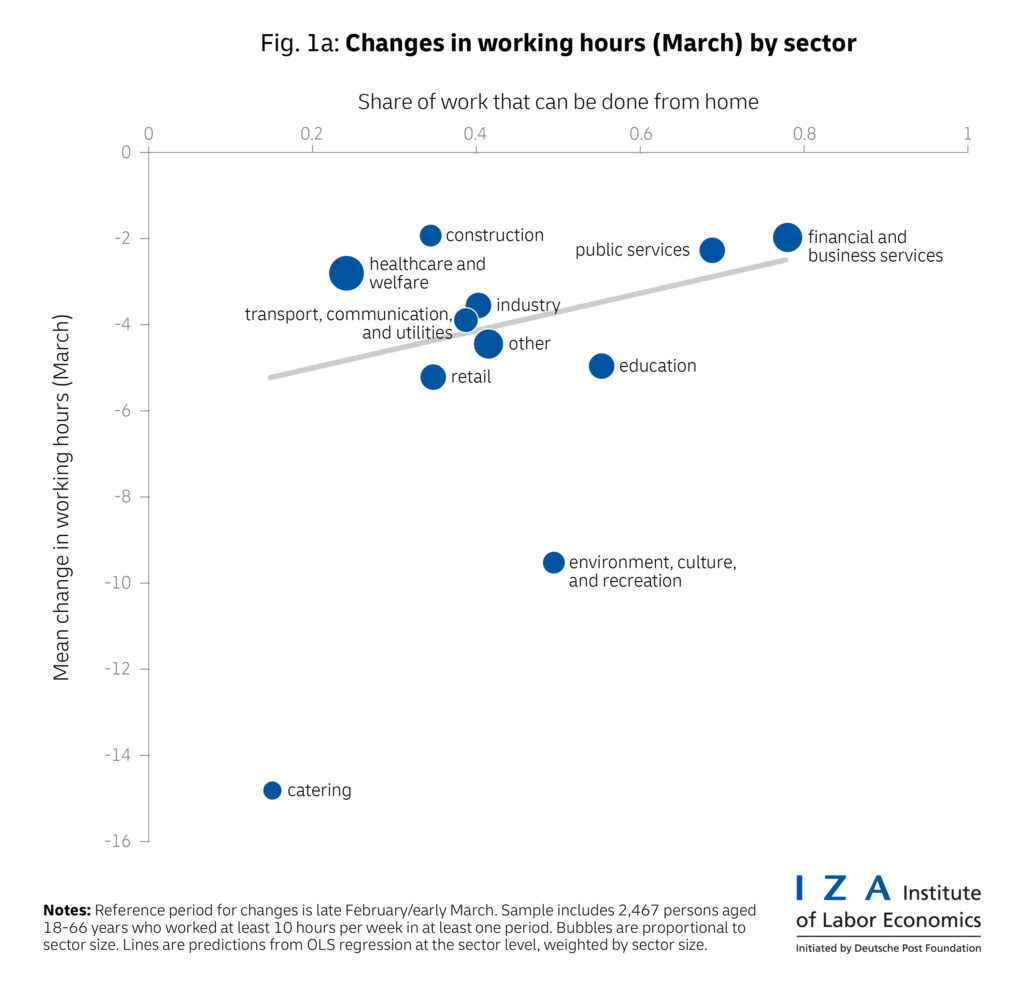 The early stages of the crisis in March saw a massive drop in working hours, especially in the food service industry (minus 15 hours per week) and in the cultural and tourism sector (minus nine hours). In the key sector of health and social care, the decline in hours was much smaller at 2.5 hours. As Figure 1a illustrates, the change in working hours depended largely on the extent to which the activity could be relocated to home. For example, the average working time in the financial and business services sector remained almost unchanged with a slight minus of just under two hours. 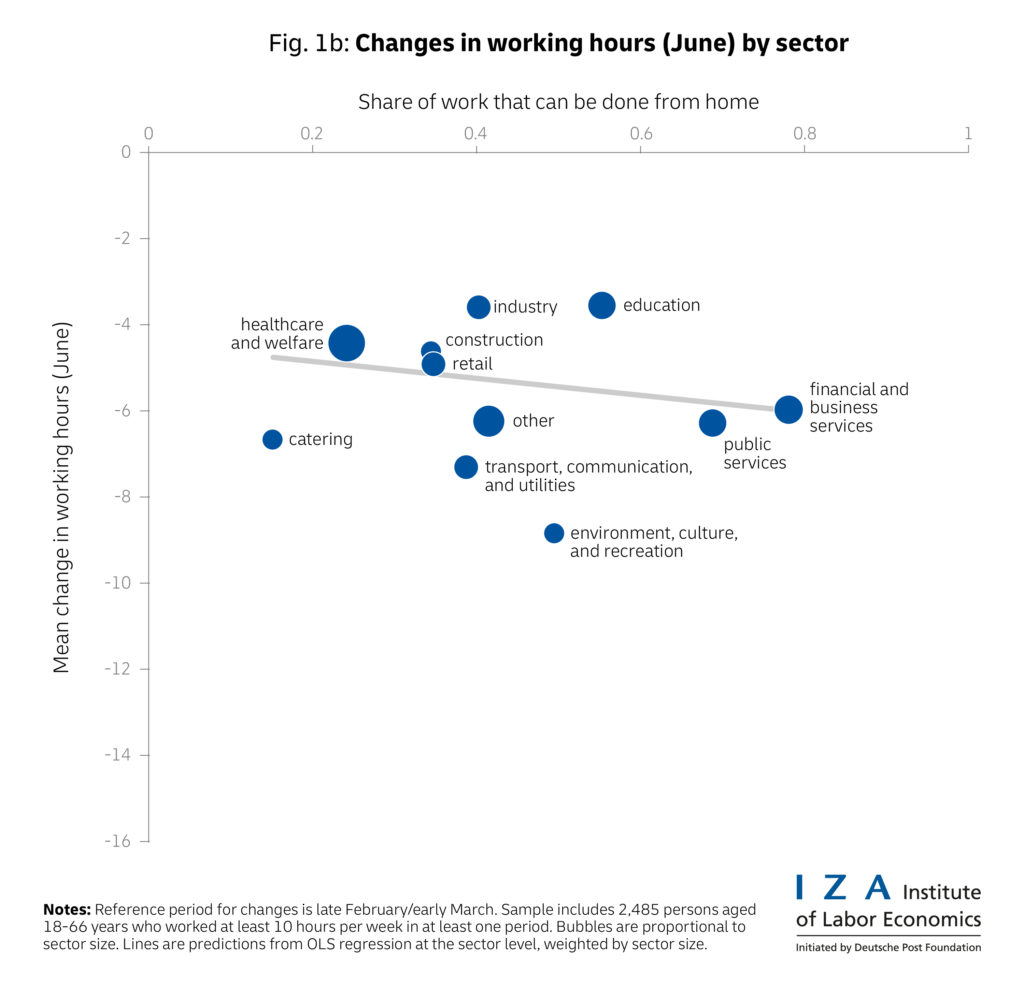 In June, the picture is partially reversed (Figure 1b): The number of working hours in the food service industry increased significantly again, more than halving the gap to pre-crisis levels. At the same time, there was a more than twice as strong decline in hours in fields with high levels of home working, such as in financial and business services. The researchers attribute this finding to the fact that the “character” of the recession has changed: After the first “pandemic shock” with strong industry-specific slumps due to government restrictions and the immediate effects of the virus, a general decline in demand set in that impacted the entire economy. This also meant that the “home working advantage” was no longer relevant: Figure 2 shows how the gap between low and high levels of home working closes between March and June. 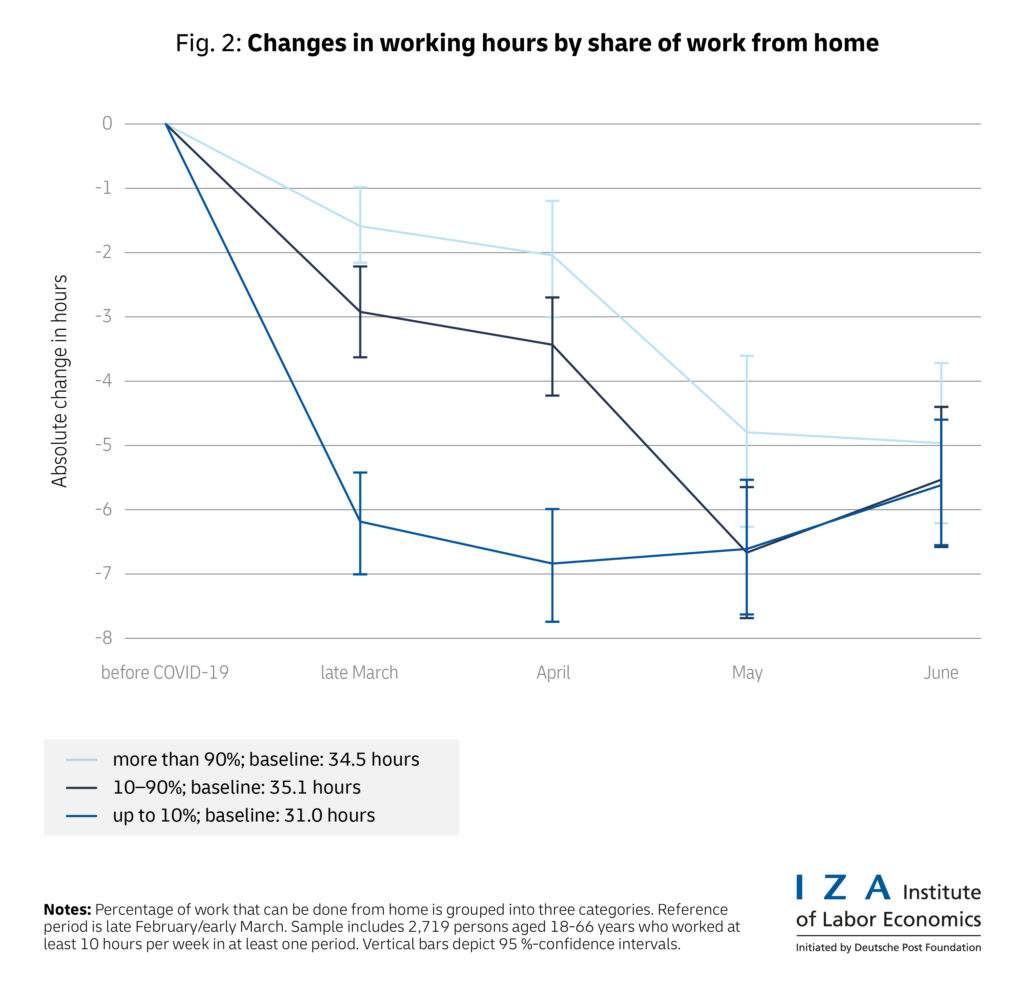 The authors conclude that the short-time work regulations made a decisive contribution to enabling companies to adjust working hours flexibly without causing waves of redundancies. There were also hardly any shifts in income distribution, although low-income earners were much more affected by the reduction in hours. “This is where the government programs have a beneficial short-term effect. However, they are of little help when it comes to long-term changes in demand and can even be harmful,” says Hans-Martin von Gaudecker, ECONtribute Professor of Applied Microeconomics at the University of Bonn and head of the IZA research team Structural Policy Evaluation.

The study is based on the work of the CoViD-19 Impact Lab, in which von Gaudecker, together with his research team from Bonn and the Dutch University of Tilburg, analyzes the effects of the corona pandemic and its countermeasures. The aim is to quickly generate helpful data in the current crisis and make it available to the public. More in-depth analyses will follow in the medium term.

Data based on the Dutch LISS panel

The data was collected using the Dutch LISS panel (Longitudinal Internet Studies for the Social Sciences), which, for more than ten years, has regularly surveyed 4,500 households on a variety of topics. The households are representative of the Dutch population and answer the questionnaires online. For this data set, LISS participants aged 16 and over were interviewed in four survey waves in late March, April, May and June. 6,650 people completed at least one questionnaire in full.