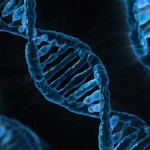 What can genetic information teach us about the intergenerational transmission of economic inequality? A new IZA Discussion Paper by Nicholas W. Papageorge (Johns Hopkins University & IZA) and Kevin Thom (New York University) uses molecular genetic data to better understand the economic returns to ability endowments over the life-cycle, and how they are influenced by economic circumstances during childhood.

The paper follows the cutting edge in behavioral genetics research, which has led to the discovery of robust associations between particular genetic markers and educational attainment. Many of these genetic variants are implicated in biological processes affecting fetal brain development. For further analysis, individual markers are summarized as an “index” or “polygenic score” variable for any individual for whom genetic data are available. This score can be interpreted as a measurement of one type of endowed genetic ability.

The polygenic score is computed for a sample of over 8,000 genetically European individuals from the Health and Retirement Study (HRS), which also contains detailed information on education and labor outcomes including employment, wages, occupation, retirement, and wealth.

The score is robustly associated with educational attainment at all margins – from high school completion to college graduation. Furthermore, the rich HRS data permit an examination of how the genetic endowments captured by this score interact with investments over the lifecycle, e.g. childhood socioeconomic status (SES), to produce human capital.

The research shows that genetic endowments do indeed matter. People with higher polygenic scores (who possess more of the genetic markers associated with education) do better – not only in terms of schooling, but also in the labor market. An important caveat to the analysis is that simply regressing an outcome (e.g., wages) onto a measure of genetic ability does not produce a causal estimate. This issue of how to interpret estimates is discussed at length in the paper.

Next, the authors consider the role of childhood poverty and a surprising pattern emerges. To fix ideas, compare two individuals with the same polygenic score, but who grew up in different economic circumstances. Doing so reveals large differences in educational attainment (e.g. college completion). For the individual from a wealthier background, a higher polygenic score raises the likelihood of college. For the poorer individual, a higher score also raises the likelihood of college, but to a lesser degree. That is, for poorer children, high ability does not translate to high educational attainment in the same way it would for wealthier children. More bluntly, there appears to be a subset of high-ability kids who do not make it to college because they are born into poor families.

These discrepancies continue in the labor market. The polygenic score predicts higher wages even after controlling for educational attainment. However, these wage returns to genetic ability are limited to individuals with a college degree. Moreover, the genetic premium for college graduates appears to have grown substantially in more recent birth cohorts. This may reflect interactions between genetic ability and the processes that have exacerbated income inequality over the last several decades (e.g. skill biased technological change).

These results are particularly noteworthy in combination with the finding that high-ability individuals from poorer families are less likely to obtain college degrees. Poor childhood circumstances reduce the amount of education received by such high-ability individuals, excluding them from occupations or career paths which offer returns to their talents. Put succinctly, poverty generates wasted human potential.

How much wasted potential is there? Perhaps the data would show that poor kids tend to have much lower genetic abilities (polygenic scores) so that relatively few high-ability individuals are held back by poverty. Strikingly, this does not appear to be the case. The distribution of the polygenic score is nearly identical for individuals from richer or poorer families. This is very troubling as it suggests substantial waste.

To understand the potential value of using genetic measures of ability, it is important to contrast insights gained from a genetic score with those based on cognitive test scores (e.g., IQ), which are often used as proxies for ability. While such scores may reflect natural aptitude, they also directly reflect the investments that parents make to boost those scores.

To fix ideas, suppose two individuals exhibit the same cognitive test score, but one grew up in a wealthy household with access to tutors and test prep services, and the other grew up poor without such resources. In this scenario, the individual who grew up poor likely started out with a higher level of raw ability. Therefore, it may be problematic to use cognitive test scores to draw policy-relevant conclusions about ability. Among other things, we could attribute the low performance of people growing up in poverty to low ability when it is actually a product of low investments. This could lead to an under-estimation of the importance of policies that invest in poor children, such as public education or college subsidies.

In fact, in an additional set of the results, the study provides evidence that using cognitive test scores can generate different results from those based on the polygenic score. An (adult) cognitive test score in the HRS predicts higher wages across the board, not just for the college educated. This stands in sharp contrast to the results using the polygenic score, which indicate that investments in higher education are necessary for individuals to experience returns to endowed ability.

To offer some concrete numbers, consider two representative individuals – one individual who has been favorably endowed with a polygenic score that is one standard deviation above the mean, and one that has been less favorably endowed with a score that is one standard deviation below the mean. The study’s estimates imply the following:

3) For individuals without a four-year degree, there is no statistically significant relationship between the polygenic score and wages after accounting for completed education. However, for those with a college degree, there is a substantial return that has grown among younger birth cohorts. For individuals born after 1942 who earned a college degree, estimates suggest that the high ability individual is expected to earn 24 percent higher wages than the low ability individual, again controlling for completed education. This may reflect adaptability to computerization and other technological advances in the workplace. This hypothesis is corroborated by associations between the score and occupations that require the kind of non-routine job tasks that benefited from computerization. However, notice that only people who went to college profit from their ability in this way. Therefore, high-ability individuals born into poor households may be shut out of career tracks that complement their talents.

4) Results on wasted potential are not limited to poor households. Acutely adverse events prevent high-ability individuals from reaching their full potential. A very bleak example is child abuse, reported by about 6 percent of the sample. Estimates suggest that individuals with similar genetic scores report up to 39 percent less wealth if they were abused as children.