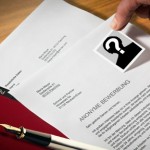 Germany is currently experiencing a high influx of Muslim migrants. Their labor market integration is a crucial policy goal. However, females with backgrounds of migration from Muslim countries, and especially of those wearing headscarves, are still faced with high levels of hiring discrimination, according to the findings published in a new IZA Discussion Paper.

In a field experiment focusing on Turkish migrants, who have constituted a large demographic group in Germany since the 1970s, Doris Weichselbaumer (University of Linz & IZA) sent out job applications for three fictitious female characters with identical qualifications: one applicant had a German name, one a Turkish name, and one had a Turkish name and was wearing a headscarf in the photograph included in the application material. Germany was the ideal location for the experiment as job seekers typically attach their picture to their résumé.

Whereas the applicant with a typical German name (Sandra Bauer) received an 18.8 percent callback rate, the same person with a Turkish-sounding name (Meryem Öztürk) got callbacks only on 13.5 percent of her applications. In the case of the female with a Turkish name wearing a headscarf, the callback rate was only 4.2 percent. Everything else equal, a female with a Turkish name who wears a headscarf has to send 4.5 times as many applications (and even 7.6 times as many for higher-ranking jobs) as an applicant with a German name and no headscarf to receive the same number of callbacks for an interview.

This massive rejection of the headscarf is remarkable given the very modern and progressive binding used in the current experimental setting. The headscarf in the application photograph did not cover the applicant’s throat, thus signaling that she is not particularly strict with respect to her religion. Discrimination is likely to be even higher against a more traditional binding of the headscarf, according to the study.

“A heated debate is being led in the West about the apparently inferior position of women in Muslim (migrant) culture. However, little discussion takes place about how Muslim women are actually treated by the Western majority population,” writes Weichselbaumer, stressing the need to lower the obstacles to labor market integration for Muslim women.