Happy birthday, you’re fired! Effects of the age-dependent minimum wage in the Netherlands 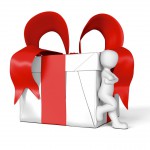 The age-dependency of the Dutch minimum wage has been repeatedly criticized by representatives of labor unions, who claim that it motivates employers to discriminate workers based on their age (substituting more expensive older workers with younger ones). Media outlets do occasionally report anecdotal evidence supporting the argument of unions, however a systematic analysis of this phenomenon has been lacking so far.

A new IZA Discussion Paper by Jan Kabátek (Melbourne Institute) aims to fill this gap, focusing on the central question of the policy debate: how many employment spells are terminated due to the increments of age-dependent minimum wage?

Intuitively, youth workers who are earning the minimum wage should be more likely to lose their job around the time when they become eligible for higher minimum wage rates. This occurs on workers’ birthdays. Using administrative records for the entire youth population of the Netherlands, the study shows that youth employment spells are indeed more likely to end shortly before workers’ birthdays. The econometric analysis reveals that each year the birthday discontinuities of minimum wage rate account for 2,273 terminations of employment spells.

Low-wage youth more likely to get fired around their birthdays

From the perspective of aggregate labor market flows in the Netherlands, this effect is modest: Workers aged 15-23 engage in 2.2 million jobs per year, and experience 0.9 million job terminations per year. On the other hand, the effect is born by a subset of the whole population: Only 1 out of 5 youth workers is earning wages low enough to be subject to the minimum wage discontinuities. For such workers, the effect is more sizable. The probability of experiencing employment spell termination increases by 5-6% in the three months closest to their next birthdays.

The analysis also shows that the size of the effect varies with observable characteristics of workers and firms. The effect is large among workers who are young and inexperienced, and it gradually decreases as workers age. Furthermore, some firm sectors are shown to act on the birthday discontinuity more than others. A particularly strong effect is found in the supermarket sector, which is one of the key sectors of youth employment in the Netherlands (representing 14% of youth workers).

To put the main result into perspective, the following exposition may prove useful. Out of 100 minimum wage workers who are approaching their birthday, one worker is predicted to lose his or her job due to the minimum wage discontinuities. Accordingly, most workers are able to keep their jobs despite becoming more costly to firms.

One interpretation of this finding is that the increases of minimum wage rate are matched by increases of workers’ productivity, allowing the tenured employees to stay with the same employer. However, since some workers tend to learn faster than others, their productivities are likely to differ.

The fact that we do not see more terminations of employment spells around the birthdays may therefore imply that the applicable minimum wage rates are set too low (being below the productivity equivalent of the majority of the minimum wage workforce). Indeed, when expressed relative to the adult level, the youth minimum wage rates in the Netherlands are among the lowest in the world.

Jan Kabátek’s paper presents the first estimates of the effects of age-dependent minimum wages on youth employment flows. It contributes to the Dutch policy debate, making the arguments of labor unions more substantive and putting them into perspective by quantifying the criticized minimum wage effects.

But the results derived should be of interest to the policy makers in other countries as well. The age-dependent minimum wage designs are implemented in numerous countries, and the new study shows that apart from the positive effects on the levels of youth employment (which have been extensively studied in the literature), the age-dependency introduces new dynamics into the labor market flows which should be taken into account when discussing the merits and demerits of these systems.

IZA Discussion Paper No. 9528 Happy Birthday, You're Fired! The Effects of Age-Dependent Minimum Wage on Youth Employment Flows in the Netherlands Jan Kabátek