Having a successful start-up: How your team should be composed 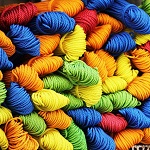 Entrepreneurship is an important source of innovation and technological change. And as standard macro theory suggests, these are main drivers of growth and prosperity. For a long time entrepreneurs were stereotyped as “lone wolves”, but this is not necessarily true. Start-ups are often led by teams. This raises the question what kind of teams are most successful in setting up a firm.

In a new IZA Discussion Paper Laura Rosendahl Huber, Randolph Sloof and Mirjam Van Praag compare teams of generalists with teams of specialists. They conduct a field experiment with Dutch children playing an entrepreneurship game. The 11- and 12-year-olds are randomly assigned into four groups, based on test results. Math-specialist teams are comprised of pupils with very good math grades but relatively poor verbal skills. Verbal-specialist teams are composed in the same manner. Third, in mixed-specialist teams, representatives from both skill groups work together. And last, there are JATs – the “Jacks-of-All-Trades” – who have balanced skills, which means they are equally good (or equally bad) at both math and verbal classes.

During a five-day program, the students set up their own small firm to produce friendship bracelets. They start by establishing a business plan and presenting it to a venture capitalist. After designing and producing the friendship bracelets, the children calculate production costs and sales prices, then advertise their product to younger students. After trying to sell as many bracelets as possible, they produce their balance sheet. The group with the best profit/loss relation wins.

The researchers discover that JAT and math-specialist teams performed best. In particular, they did much better than the mixed-specialist teams. This could be taken as evidence that it is not possible to replace the balanced skills of an individual with balanced skills within the group. On average, therefore, teams of generalists tend to perform better than teams of specialists.

A survey among the students after the experiment revealed that in the mixed-specialist groups there was much more internal conflict than among the JATs. So in more diverse groups the costs of coordination and communication seem to be higher than in more homogeneous groups. But this does not necessarily mean that less diversity is performance-enhancing: verbal specialists (perhaps not surprisingly) also reported that there was a lot of arguing going on in their teams.