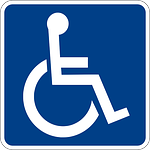 In most Western countries children of welfare recipients are more likely to receive welfare benefits themselves. However, it is not clear if this link is causal or driven by other factors. A theory in line with the causal interpretation is that benefit receiving families create an own culture, in which it is “normal” to receive welfare. A different theory suggests that the determinants of poverty and poor health are correlated, but there is no causality.

In a new IZA Discussion Paper, Gordon B. Dahl, Andreas Ravndal Kostøl and Magne Mogstad try to get closer to answering why children of benefit recipients are more likely to be become dependent on social security themselves. The authors investigated spillover effects from parents on children of the Norwegian disability insurance (DI). After a year of sick leave, workers in Norway may apply for DI. While cases with a clear indication of disability are immediately declared eligible, cases in which the disability is ambiguous may be denied and then reconsidered by a randomly assigned judge. As some judges are much more generous than others, some applicants are more likely to receive DI than others.

The researchers exploit this feature of the application process to establish a causal link. When a parent is allowed DI, their adult child’s participation over the next five years increases by 6 percentage points. This effect grows over time, rising to 12 percentage points after ten years. Moreover, these children often report precisely the same medical disorder as their parents did. The researchers interpret their findings as supporting the benefit culture hypothesis: family beliefs and norms are altered due to benefit receipt in a way that destigmatizes being on welfare. This culture seems to be restricted to parent-child relations; close neighbors are not more likely to apply for DI.