High mortality on payday: Don’t get too excited about your money! 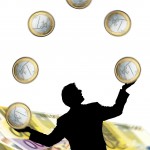 Payday is supposed to be a cause for celebration. When the salary finally arrives, bills can be paid, and financial stress should be eased. But if there is still some money left, be careful how to spend it: As the latest IZA discussion paper shows, too much excitement could be deadly!

In their study, Elvira Andersson, Petter Lundborg and Johan Vikström find an enormous increase in mortality on payday. Analyzing data on Swedish public sector employees – accounting for 22% of the country’s labor force – they discover a 23% increase in total mortality on the day that salary payments arrive.

The effect is especially pronounced for young workers aged 18 to 35. Their mortality rates on payday increase by as much as 164%. Overall, the results are driven by low-income earners, who are more likely to face liquidity constraints, which means that some extra spending money really makes a difference.

But contrary to what one may assume, wild partying on payday is not the reason for this excess mortality. Instead, the extra deaths are caused mainly by circulatory problems due to an increase in “general economic activity” – including shopping, traveling or eating out. When these activities are too exciting (watching your favorite football team) or unhealthy in other ways (greasy food), they lead to a higher risk of heart attacks and strokes.

Since paydays vary among Sweden’s public sector employers, the authors were able to rule out that their results are based on date-specific effects. Moreover, the rise in mortality is not offset by a subsequent decline, so it really consists of additional premature deaths. When extending the findings to include the entire Swedish working-age population, payday seems to cause approximately 96 premature deaths per year.