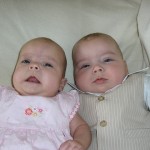 Does the level of testosterone, which is associated with more aggressive and competitive behavior, explain why men earn more than women? In a new IZA Discussion Paper, Anne C. Gielen, Jessica Holmes and Caitlin Knowles Myers study this question by looking at the labor market careers of twins. Biologists suggest that embryos with a male twin are exposed to higher levels of testosterone in utero than embryos with a female twin. As a consequence, individuals with a twin brother have been found to exhibit more masculine characteristics than those with a twin sister. Hence, the authors analyze the wages of more than 80,000 twins born in the Netherlands between 1959 and 1979 and compare the earnings of individuals with a male twin to the earnings of individuals with a female twin. The results suggest that the effect of testosterone differs by gender: While men with a male twin earn higher wages than men with a female twin, there is no such effect for women. In fact, the findings indicate that women with a male twin, and thus a higher exposure to testosterone, may even earn a little less than women with a twin sister.