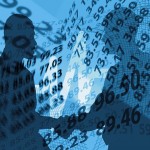 Women have been found to do worse when it comes to negotiating their salaries: first, because they renegotiate less, and, second, because they are less effective once they start to bargain. But how does this restraint translate into wage differences? A new IZA Discussion Paper by David Card, Ana Rute Cardoso and Patrick Kline answers this question by measuring the relative bargaining power of men and women in Portugal. In a second step, the authors calculate how much of the male-female wage gap can be explained by differences in bargaining strength. The paper shows that women are paid only 85 to 90% of the premiums that men earn at more profitable firms. Overall, the authors estimate that the shortfall in women’s relative bargaining power explains around 3 percentage points — or 10 to 15% — of the gender wage gap in Portugal.