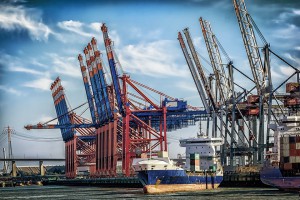 The costs and benefits of free trade are one of the most contentious topics in economic policy. Economists often argue in policy discussions that trade is Pareto improving (i.e., at least one party wins without any other party losing) and that free trade has the potential to raise living standards in all trading countries.

The China Shock – denoting China’s rapid market integration in the 1990s and its accession to the World Trade Organization in 2001 – shows that what applies to a country in aggregate need not apply to all citizens within a country. Workers displaced by trade cannot change jobs costlessly. By reshaping skill demands, trade integration is likely to be permanently harmful to some workers and permanently beneficial to others, challenging the benign view of the effect of trade integration on labor markets.

In a new IZA World of Labor article, IZA Research Fellow David Autor (MIT) shows how China’s rapid rise, while enormously positive for world welfare, has created identifiable losers in trade-impacted industries and the labor markets in which they are located.

US labor market not as flexible as thought

Autor refers to one study that looks at the effect of exposure to increases in Chinese import competition across Commuting Zones (CZs) in the US over the period 1990 to 2007. The study finds that CZs that were more exposed to import competition from China experienced substantially greater reductions in manufacturing employment.

Contrary to the established understanding of US labor markets as fluid and flexible, over the course of a decade, trade-induced manufacturing declines in CZs were not offset by sectoral reallocation or labor mobility. Furthermore, workers in trade-exposed CZs experience larger reductions in average weekly wages and these impacts are concentrated among workers in the bottom four wage deciles.

These results do not support the traditional assumption of the trade literature that local employment effects of sectoral demand shocks are short-lived, and, moreover, do not differentially reduce employment rates in directly impacted CZs relative to the national labor market. On the contrary, the evidence is unambiguous that workers, firms, and local communities that are directly in the path of rapidly advancing international competition suffer substantially, and policymakers need to address this.

Autor suggests a number of policy measures that could help to mitigate the negative impact on affected workers. These include modernized trade adjustment assistance programs, wage insurance mechanisms, and wage subsidies.

“Trade integration offers profound gains for all nations. Reaping them is a worthy goal for policy. Yet an appreciation for the concentrated costs trade adjustment imposes on a subset of citizens should caution policymakers to proceed toward that goal with due care.”