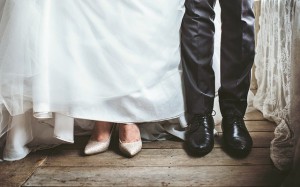 The growing success of online dating platforms seems to indicate that finding your partner in the “real” world becomes harder. But still, there are such offline opportunities: At universities, for example, people with lined-up interests as well as similar age and education interact each day.

Given that women’s attainment in higher education has substantially increased over the past decades, universities may have become even more important as a marriage market for the high-skilled. A recent discussion paper by IZA researcher Nico Pestel analyzes how resulting changes in gender composition among university students by field of study have affected the marriage market success of university-educated individuals in Germany.

University teaching as well as students’ social environment in Germany is traditionally very much segmented by fields of study. For example, a female university student enrolled in a field characterized by a predominantly male student body (e.g. Engineering) encounters male students substantially more often than a student in a predominantly female field (e.g. Humanities).

Accordingly, the probability of a woman meeting a potential opposite-sex partner is significantly higher in Engineering than in Humanities, making within-field marriages more likely. At the same time, students whose gender is relatively abundant within their field of study – men in Engineering and women in Humanities – are consequently more likely to meet a potential partner outside their field of study or outside the university environment.

The analysis is based on administrative information on the gender composition of students enrolled in (West) German universities broken down by 41 detailed fields of study over the period from 1977 to 2011 combined with data from the German Microcensus from 2003 to 2011. This allows to exploit substantial variation in student sex ratios experienced at the time of education over time and within field of study.

Women in female-dominated fields less likely to get married

The results confirm that a higher female share of students negatively affects marriage market opportunities for women. Female graduates more often remain single or live in a cohabiting couple and are less often married when women represent a larger share of students in the respective field of study. For men, the exact opposite holds. A higher share of males in the field is associated with a higher probability of being married.

Moreover, the student sex ratio significantly affects the composition of couples with respect to educational levels and field of study. For women, a higher share of the own gender among fellow students decreases the probability of having a partner holding a degree in the exact same field.

However, the findings indicate distinct gender differences for the alternative outcomes of having a partner holding a degree from a different field or having a lower level of formal education. When men are more abundant in the field, male graduates are more likely to “marry down” with respect to educational status, while women are more likely to be in a homogamous relationship when the female share is high.

Overall, these findings imply that changes in the gender composition of students may have implications for the socio-demographic composition of societies since we may expect increases in assortative mating of couples when the formation of same-field relationships is enhanced in male-dominated fields.

This may have longer-run impacts on income inequality and intergenerational mobility. At the same time, further increases in the female share of students in fields already dominated by women may increase the number of university-educated women remaining single (longer), which may in turn have negative implications for fertility among high-skilled women.