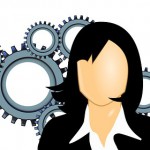 Over the last century, female labor participation has increased in almost all developed countries. The availability of child care and increased contraceptive access along with other institutional, cultural and policy changes have made it easier for women to reconcile family and career.

But while the employment gender gap is still substantial in many European countries, more recent decades have seen a flattening of this trend. In a time when progressive population aging makes an increase in female labor force participation more relevant than ever, economists are increasingly studying the factors affecting women’s labor market decisions.

Three recent IZA discussion papers investigate causal mechanisms that affect female labor supply in both Europe and the US by analyzing the influence of peer effects on women (US, Norway) or the availability of grandparents as care takers (Italy).

The IZA paper by Nuno Mota (Fannie Mae), Eleonora Patacchini (Cornell University & IZA) and Stuart S. Rosenthal (Syracuse University) examines how neighborhood peers affect American women’s decision to work. The researchers use panel data from the American Housing Survey (AHS) from the years 1985 to 1993 and classify individuals into peer groups. In contrast to earlier studies that based groups on race, gender, or some other trait, the authors assume that peers can influence each other through role model effects or information spillovers and look at individual behavioral choices which align with those in the same peer group.

Addressing the same phenomenon from a different angle, the IZA paper by University of York researchers Cheti Nicoletti and Emma Tominey with Kjell G. Salvanes (NHH & IZA) uses a comparable approach but focuses on mothers only. Since the rise in female labor participation has been largely driven by women that returned to the labor market after childbirth, they analyze how the choices of peers with similar family structures affect that decision. Using the Norwegian administrative data covering the full population of
mothers giving birth between 1997 and 2002, they show that mothers too tend to emulate the work behavior of nearby women with similar age children.

Their results show that an increase of one hour worked in a family-peer group raises the mothers’ working hours by about half an hour in the first six years after birth. Such family peer effects would imply a social multiplier of about two, meaning that a policy change which causes a direct effect on mothers’ labor supply of one working hour would be amplified by a factor of two through the indirect effect of the influence of family peers.

The study also finds a similar peer effect for mothers’ labor supply after the second childbirth, indicating that the family peer effect is not primarily driven by the mere information about potential consequences of a mother’s decisions to work. Rather, after their second childbirth, mothers can be expected to be well informed about the benefits and consequences of their decision to enter the labor market.

Thus, the researchers point instead to the importance of social and cultural norms. Furthermore, they find that the family peer effect is smaller for mothers with a university degree, leading the authors to the conclusion that the role of information transmission via peer groups is larger for less educated women.

Next to social norms, another more practical, but no less relevant factor affecting women’s decision to work is the availability of grandparents as babysitters. Especially in countries that spend little on public child care, parents often rely on their own parents to look after their children when they go to work. The IZA paper by University of Milan scholars Massimiliano Bratti, Tommaso Frattini and Francesco Scervini (HDCP-IRC) seeks to find out how changes in the availability of grandparents affects female labor supply.

In order to measure the effect, they investigate how three pension reforms in Italy that gradually elevated the retirement age to 65 affected the employment of women who have children under 15 years of age. They classify grandparents as ‘available’ if they are eligible for meeting the pension requirements. Italy presents an ideal case for this study, with its low rates of female employment, little formal child care provision, and the several pension reforms implemented in a relatively short time span.

The Italian researchers find that among the women studied those whose own mothers are eligible for retirement have a 13 percent higher probability of being employed than those whose mothers are ineligible. The pension eligibility of maternal grandfathers and both grandparents on the father’s side, however, has no significant effect on women’s employment probability.

The study demonstrates that the eligibility of maternal grandmothers for retirement greatly affects their availability as child care providers. Therefore, raising the retirement age without at the same time sufficiently investing in public child care may further widen the already large intergenerational and gender gaps in employment by reducing the labor force participation of young women.