Pocket money and part-time job: Do parents tax their children? 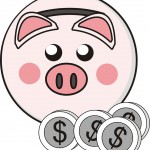 Young adults who are still living with their parents and still in compulsory education finance their independent consumption using either parental transfers (pocket money), or by working part-time. Parents care about their own and their children’s consumption, but also about the effect that part-time work might have on their children’s study time and academic achievement, so are prepared to sacrifice some of their income to subsidize their children’s expenses.

A new IZA Discussion Paper by Angus Holford (ISER, University of Essex) investigates how parents and their teenage children interact to set the amounts of (i) pocket money and (ii) part-time work. The analysis uses data on part-time working hours, and pocket money from parents, reported by around 5,000 girls and 5,000 boys in compulsory education in England, interviewed annually between 2004 (when they were 14) and 2006 (when they were 16).

The empirical analysis of parents’ and children’s behavior reveals two key findings. The first is that, other things equal, parents are more likely to give regular pocket money to teenagers who will have a harder time finding a job. This includes teenagers who are younger within their academic year at school so at a disadvantage when vacancies arise in the autumn, both before the run-up to Christmas and when older cohorts leave for university; those living in areas with higher rates of adult unemployment; and those living in areas from which the nearest shops are less accessible.

This tells us that rather than being opportunistic (“these parents don’t need to pay their children not to work, so they don’t”), parents effectively ‘insure’ their child’s independent consumption against labor market difficulties outside their control. They would like them to finance their own personal spending money, but will not penalize them if this proves difficult.

The second is that parents are less likely give regular pocket money to teenagers, the longer the teenager’s hours of part-time work. In other words, parents effectively tax their children’s earnings from part-time work, by taking away cash they would otherwise be handing over. This effect is larger for girls than boys and strongest when they are 16 years old.

The findings suggest that close to the high-stakes GCSE exams, which determine these children’s future educational and labor market opportunities, parents become more inclined to use their financial resources to reduce their child’s incentive to work, hoping they will spend more time studying instead.