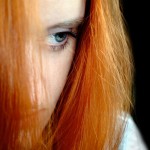 The key theoretical result, confirmed by the empirical estimates, is that an increased risk of male unemployment decreases the incidence of intimate partner violence, while a rising risk of female unemployment increases domestic abuse. The authors explain the intuition for why the effects of male and female unemployment are of opposite signs as follows: When a male with a violent predisposition faces a high unemployment risk, he has an incentive to conceal his true nature since his spouse, given his low expected future earnings, would have a strong incentive to leave him if she were to learn his violent nature. As a consequence, higher male unemployment is associated with a lower risk of male violence. Conversely, when a female faces a high unemployment risk, her low expected future earnings would make her less inclined to leave her partner even if she were to learn that he has a violent nature. Anticipating this, a male with a violent predisposition has no incentive to conceal his true nature. Thus, high female unemployment leads to an elevated risk of intimate partner violence.