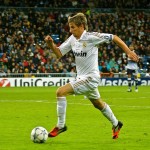 Professional European soccer players have to play about 50 games each year. In 90 minutes they run up to 14 kilometers. Given these numbers, it seems logical that fitness and fatigue are crucial factors that determine the success of a team. In a new IZA Discussion Paper, Vincenzo Scoppa tests the importance of fatigue for team performance empirically. Scoppa uses data on all the matches played by national teams in all the tournaments of the FIFA World Cup from 1930 to 2010 and the UEFA Euro Cup from 1960 to 2012. Using points gained as well as goals scored and conceded as measures of performance, the study shows that an additional day of rest is important for the team success if the total rest time between games is three days or less. Beyond this threshold, an additional day of rest does not seem to affect fatigue. This insight has important implications for soccer clubs. As some teams play in the UEFA Champions or Europa League during the week, they might have a disadvantage when playing in the national leagues during the weekend. On the other hand, the author shows that under the current structure of major international tournaments such as the World or Euro Cup, there are no relevant effects of enjoying different days of rest on team performance as the periods between the games are quite similar.

IZA Discussion Paper No. 7519 Fatigue and Team Performance in Soccer: Evidence from the FIFA World Cup and the UEFA European Championship Vincenzo Scoppa