How to make your employees creative – evidence from a field experiment 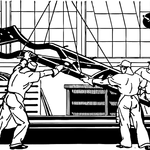 As globalization increases the need to continuously improve and adapt to new technology and changing competition, many companies are seeking ways to engage employees more effectively in innovation. Existing studies of employee creativity are mostly based on field studies, survey data, or use lab experiments. In a new IZA discussion paper, Michael Gibbs, Susanne Neckermann and Christoph Siemroth study employee creativity using a unique dataset from a large technology company’s online suggestion system. This allows them to statistically study creativity in a real employment setting.

The paper’s primary analysis focuses on a controlled experiment the company used to test whether a new reward scheme could improve employee use of the suggestion system. The company randomly assigned client teams to treatment and control groups. Treatment teams received a new incentive that provided rewards for ideas that were implemented, and further rewards based on client rating of the success of the idea. Control teams did not receive the reward.

The experimental reward substantially increased the quality of ideas submitted. The reward also increased participation in the suggestion system, which was one of the firm’s objectives. However, it decreased the number of ideas per participating employee, with zero net effect on the total quantity of ideas. Finally, broader participation in the suggestion system persisted even after the reward was discontinued, suggesting habituation.

These findings suggest that there may be a tradeoff between the quantity and quality of ideas when employees “ideate” (try to come up with new ideas), as has been suggested by the psychology literature. The incentive rewarded ideas of sufficient quality to be implemented, rather than just rewarding any idea submitted. The second reward based on client rating further increased the incentive to focus on quality of ideas. It appears that employees focused on trying to develop fewer ideas with greater potential for contribution to the firm or its clients.

The authors also tested the claim that rewards “crowd out” intrinsic motivation, undermining creativity. The experimental reward affected more intrinsically motivated employees (those who suggested ideas before the reward was implemented) in the same way as other employees, which is inconsistent with crowding-out.

These findings have important implications for the design of incentive systems. First, incentive plans should recognize the distinction and possible tradeoff between the quantity and quality of ideas. Second, incentives do not necessarily undermine creativity. To motivate creativity, the performance measure should reflect quality, rather than quantity.

Finally, the paper illustrates two current trends in how firms manage employees, workforce analytics and experimentation – both of which have been used in research by personnel economists for many years. The use of an online suggestion system allowed the firm to collect data to quantify and analyze innovation. Firms increasingly track and statistically analyze the effects of personnel policies, including recruitment, evaluation, training, supervision, and incentives.

The use of experiments to test personnel policies before widespread implementation is also increasing. In this case the firm compared overall averages of the quantity of ideas suggested by employees in control and treatment teams, and concluded that the reward had not improved innovation. However, the authors of this paper used more advanced statistical methods to control for other factors, and came to the opposite conclusion. After seeing the findings from this research, the firm reversed its conclusion. It is now implementing the reward scheme throughout the organization. This illustrates that firm experiments should be analyzed carefully in order to reach the correct conclusions.