Why British men were ten centimeters shorter a century ago

Why British men were ten centimeters shorter a century ago 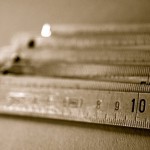 Smaller families, improved knowledge about nutrition and hygiene, and a cleaner environment with better housing, less overcrowding and a reduction in toxic heavy industry – all of these things have contributed to the spectacular increase in the height of the average young man in Britain over the past one hundred years.

The two key ingredients of growth during childhood are nutrition, which builds bone and tissue, and disease, which impedes that process. These in turn depend on socio-economic conditions during childhood, which include household circumstances and conditions in the local area.

The researchers study the heights of men who were born in the 1890s and who enlisted in the British army in the First World War. Because of the pressures for ever more soldiers, recruitment was not very selective. Indeed, nearly one in every ten men in the sample were shorter than the official minimum height of five feet three inches. So they are fairly representative of their generation.

To capture their childhood circumstances, the study locates them as children in the 1901 census. By contrast with other historical studies of height (which typically capture only birthplace characteristics), the researchers are able to observe conditions in the individual’s childhood household as well as in the wider locality.

But the strongest influence is the local disease environment, as measured by the infant mortality rate in the district. At the turn of the century, 15% of children died before their first birthday and so this is a sensitive indicator of the healthiness of different districts. Unhealthy districts were typically those where overcrowding was widespread, where heavy industry was prominent and where illiteracy was high (especially among mothers).

The results provide some clues as to what changed over the twentieth century. Public investment in water supply and sewage disposal was important in producing a cleaner environment. So was improvement in housing, as the slums were cleared and overcrowding was reduced. Heavy industry withered and became much less toxic.

And although access to better medical treatments expanded only modestly until after the Second World War, basic knowledge about nutrition and hygiene spread more and more widely. Advances in the education of parents (particularly mothers) combined with smaller families brought significant improvements in the nurturing of children.